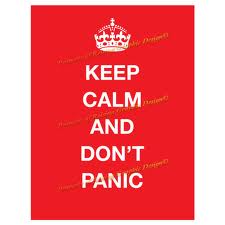 Have I remembered everything?  I’ve been checking and re-checking the ferry timetables and all the places we’re staying at, making sure I’ve got the addresses and telephone numbers in a notebook, my Hebridean Island Hopping book, my iPhone… well, better safe than sorry.

I’ve worked out all the routes we’re going to cycle, and downloaded them all on to the GPS (a Garmin 705 Edge).  I’ve cut out little maps from an old road atlas, and stuck them inside the book in case the GPS packs up.

I’ve booked the train tickets, but I’m supposed to collect the bike reservation tickets from a machine at Preston Station when I get there, and I’ve forgotten what I’m supposed to do or whether I need a reference number – I suppose I do but I’m not sure where it is.

I’ve been checking all my clothes and other gear, found a hole in one set of long pants but then found some new longs which I’ve only worn a couple of times – and then forgot I’d bought them, so that’s a bonus!

Other checklists have come and gone, and now Richard has reminded me about such things as spare brake blocks (have I got some stashed away in the garage somewhere, or will I have to nip out tomorrow and buy some?)

I’m ready for the Crossroads Quiz tomorrow night (at which I’m MC) and I think I’ve done everything I need to for the Swing Commanders Dance next Saturday – now I’ve handed the reins over to Peter Spencer and Colin Bonner so at least I know it’s in safe hands.

I’ve got piles of clothes, towel, soap bag, sleeping bag, phone chargers, maps, spares, etc etc, laid out in the spare bedroom. They look like they’ll never fit in the panniers, and if they do, the bike will probably collapse under the weight.  It doesn’t really matter as the weather has been so bad I haven’t been out on the bike for ages so I’ll probably collapse on the first day through lack of fitness anyway!  Better take plenty of waterproofs because wherever I go it pours down.  No doubt Richard is better organised.

I really ought to update the Justgiving page to encourage donations to Cancer Research UK – that’s a job for tonight perhaps.  The idea is that if you want to donate online that’s where to go – www.justgiving.com/bill-honeywell - and the money will go to CRUK. Alternatively if you want to support a superb local cancer charity that really makes a big difference to people’s lives, then let me have a cheque for the Rosemere Cancer Foundation and I’ll forward it to them.  All local cash donations will go to the Rosemere too.  A few people have already donated but there's always room for more!!

No more time to write on the blog now. Hopefully once we’re under way I’ll be able to beg, steal or borrow access to a computer and bring you up-to-date with Tales From The Islands and some photos.

And if you’re travelling from Clitheroe to Preston on Saturday afternoon, please take extra care. We don’t want to be knocked off our bikes before we even get to Scotland. 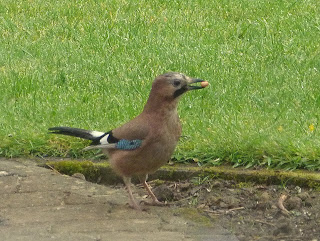 A Postscript - for those of you not on Twitter, I was trying out the new camera yesterday (I needed a new one because they don't like heavy rain) - and this chap landed in the back garden. I thought you might like the picture.

Another Postscript - If you look at the right hand side of this blog just above the 'Just Giving' widget, you can register for an email notification each time there is an update.  Handy eh?