It’s a long time since I did anything with this blog but having just returned from an epic cycle tour to Wyoming and Montana, USA, I felt I had to sit down and write an account, in case anyone is interested in reading it. 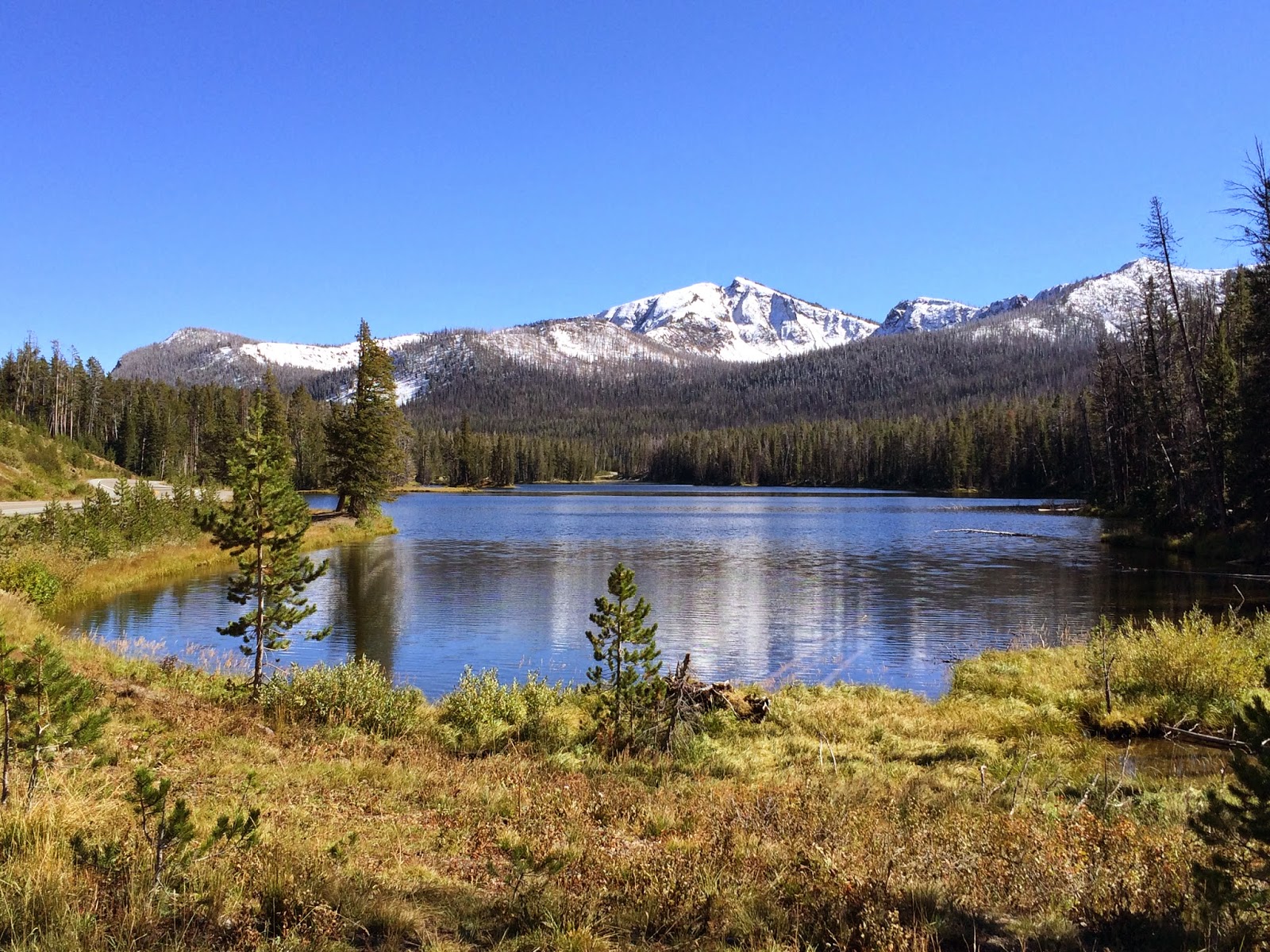 The tour was organised by CTC (The Cyclists’ Touring Club) and led by my old friend Richard Dugdale. I’ve never been to the United States before and this seemed like a great adventure for a first visit.

Yellowstone was the world’s first National Park, created in 1872:  the area is a supervolcano and much of the park consists of a caldera, formed when a massive eruption took place around 600,000 years ago.  There are hot springs, boiling geysers and sulphurous pools (in fact about half of all the world’s thermal features) lakes, rivers, forests, and incredible wildlife including Bison, Elk, Moose, Pronghorn Antelopes, Bears, Beavers and much more.

You can find plenty of interesting stuff about the area here, on the American National Parks website:  http://www.nps.gov/yell/index.htm

We spent the entire tour at elevations between 4,500’ and over 10,000’ (we were never below the height of the top of Ben Nevis) and in winter the place gets very cold indeed.  September is a great time to go, with the roads still passable and the chance of some warm days, although many of the visitor attractions are already closing down.  10 of us flew out from Manchester to Jackson Hole on 6 September, meeting the other two (one from Sydney, the other San Diego) when we got there, and over the next two-and-a-half weeks we cycled over 750 miles before returning on the 25th.
Where is it? 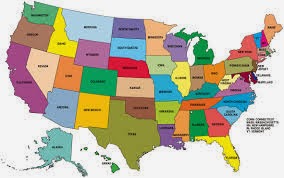 Most of the National Park lies in the NW of Wyoming, with a little slice in Montana (that's near the top left of the map - Montana is pale blue with Wyoming, purple, to the south and Idaho, yellow, to the west).  To the south lie the Grand Tetons, iconic pointy mountains, while also nearby but outside the park are the towns of Jackson Hole (a great ski-resort), Cody (Buffalo Bill) and Bozeman. 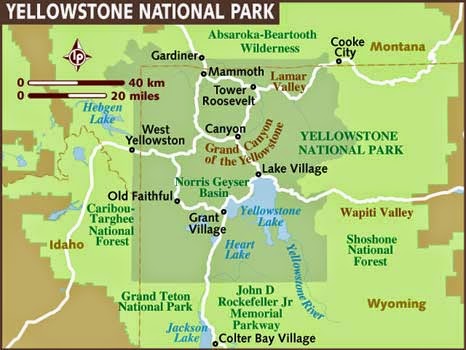 Over the next few days, as time allows, I’ll post a belated diary of the tour, with a few of my photos – I took lots and lots, so it may take me a while to go through them all, but hopefully you’ll find some of them stunning, and all of them interesting.
Posted by Bill Honeywell at 20:41