The World Record Dream is Revived! 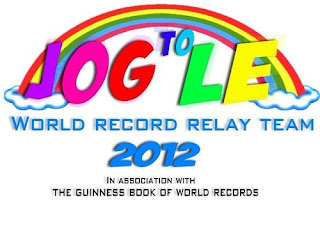 You may remember that my last blog was a sad tale of dashed hopes.  Guinness World Records imposed hopelessly difficult conditions on our proposed Relay Race from John O’Groats to Land’s End and the venture seemed to be doomed.

Well, we’ve tried to get them to see sense but – so far – to no avail. However…

Sharon Duggan, our organiser and originator of the idea, decided that we could live with a team reduced from 20 to 12 members.  This seemed perfectly reasonable; the number 20 was an arbitrary one and if Guinness World Records insisted on 12, then so be it.

Sharon complained to Guinness but so far with no effect.  If each rider had to do a 70+ mile stint then an average speed of over 21 mph would be asking too much, as I said in the last blog.  But looking at the rules again, it is clear that the 12 riders don’t have to do one unbroken ‘leg’ each. Now, if each rider does three separate legs of under 25 miles, with a rest in between… we might just do it!

Those in the know may think that this sounds a bit like the famous ‘Race Across America’ or RAAM.  And that’s just what it is.  All we need is a bus-type vehicle (one or two) that can carry the team and the bikes, then divide up the route into 36 legs (three per rider) and we’ll give it our best shot!  If we set the record at sub-40 hours then we’ll be in the Guinness Book of World Records, no argument.  If the time is over 40 hours (and what Guinness don’t realise is that the difference between a headwind and a tailwind could be hours), then we’ll still claim the unofficial record and let other people have a good bash at it!

Here is the team:

So now… I need to increase my average speed for a 25-mile course.  I can currently do 17-18 mph on a good day, and have to up the game to 22 mph.  And by 10 August I won’t be on the wrong side of 60 but I’ll be within a whisker of it!  So if there are any personal trainers out there who fancy a challenge and reckon they could get me up to the target speed in four months, leave a message with your contact details!!

Sharon continues to do a fantastic job – let’s hope the challenge keeps its momentum this time!
Posted by Bill Honeywell at 20:08