A Milestone Today – and a dilemma…

Yesterday I decided to enter the Cross Pennine 100 Cycle Sportive which started from the Roefield Leisure Centre in Clitheroe and was organised by Action Medical Research.  It was a 104-mile ride through some great scenery in the Ribble Valley and Yorkshire Dales, including Malham Cove, Ribblehead and Dent Village. 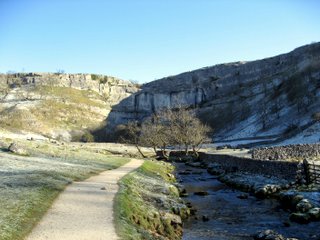 Malham Cove (taken on a frosty morning in 2008)
The weather was kind and, although numbers weren’t that great, the riders were treated to a well-organised event with excellent signs en route, lots of good food, and even a free massage at the finish. 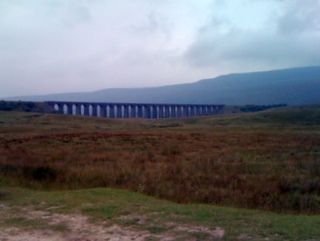 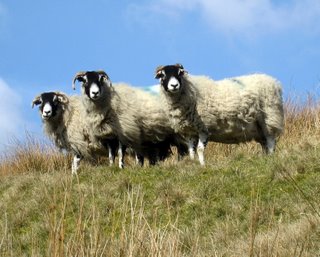 Another one I prepared earlier - Swaledale sheep near Ribblehead
Also at the finish was Geraint Thomas MBE, Olympic Champion, Team Sky rider and Action Medical Research supporter.  I told him I’d just completed a ride that was more than twice the length of the Tour de France – although it had taken me considerably longer to ride it than three, or even six, weeks.  He asked me if the weather had been nice – I don’t think The Tour riders are used to 100 mph winds!
All sportive organisers issue the riders’ times afterwards:  mine was 9:05:37, but this is the total time elapsed from start to finish, including the time taken at the three feed stops.  My net riding time was over an hour less, at 7:58:34.  I do wish organisers would neutralise the time at feed stops, up to a maximum of 15 minutes each, say, so that you could get a better idea of your real time.  I know it’s not a race, but most people are at least a bit competitive, and there must be quite a temptation to miss out the stops altogether in order to post an impressive time.
Other delays – I stopped to help someone with a puncture, and to repair my chain ring which had come loose – are something you have to accept.  Mind you, I also noticed yesterday that there was plenty of scope for taking short-cuts without being found out. And before you ask, the answer is no, I didn’t!
Sponsorship money has continued to arrive since I finished the Cycle Round Britain’s Coast.  Today I reached my initial target of £20,000, so it’s a cause for celebration, and now it’s official that the beard will have to come off!  But I feel almost reluctant to admit that I’ve reached the target in case people stop donating – to me the important thing is getting the best result for Cancer Research UK, not just reaching some arbitrary target figure.  So do I keep it quiet – or do I change the figure on Just Giving from £20,000 to £25,000? (I can’t do really!) 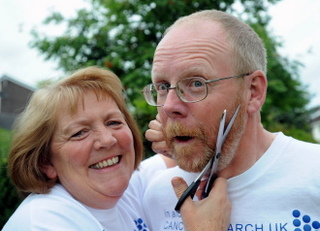 So a BIG, BIG THANK YOU to all those who have made a donation, and  if you haven’t donated yet then please don’t let the fact that I’ve reached the target put you off!
Posted by Bill Honeywell at 17:16