Tuesday 24 February. A bit of a non-morning as we wait to be picked up and taken to the small airport at Devonport around 11.30. Not enough time to do anything in particular, but I did have a wander down to the beach where I did a bit of rock-pool hunting. I found a shore crab which was small but looked fierce!

Greg, the bus driver, arrived with trailer attached, and once the bikes had been loaded up we were soon at the airport. I was pleased to learn when we checked in that I wouldn't have to manhandle the bicycle through Melbourne Airport - it was checked all the way through to Manchester. Which reminds me - I was only going as far as Melbourne with the rest of the group - those returning to the UK had a flight to Dubai, then Heathrow and finally Manchester. Having booked separately, I would be flying from Melbourne to Dubai via Singapore, then direct to Manchester (saving time and money!).

The plane was delayed by half an hour or so, which had John and Sue worried as they were already a bit tight for time for their connection to Sydney and this would cut down their margin even further. As soon as we took off, we flew directly over the Comfort Sunrise Motel and then out to sea, where I'm sure I saw a big whale far below...

The flight is nearly 250 miles so takes just over an hour. Transit through Melbourne was easy but I had a few hours wait for my flight, spent mainly gazing out of the window at the Boeing 777 I was on, and wondering how much more freight they could load on before it was unable to take off!

Once the flight was underway it was a question of keep turning my watch back and getting bedsores on my bum! Over seven hours to Changi at Singapore, where there was a 90-minute break, then another 7+ hours to Dubai. At Singapore I was allocated a new seat: I asked if I was being upgraded to business class and was politely told "No, but you're getting close!" And in fact I was, just behind the business section and luckily next to two empty seats in the central aisle, so I could at least stretch out a bit.

We flew over India and it was daylight when we arrived at Dubai, where another wait was required before the next flight on an A380 Airbus left at around 0730. There's a bit more room on this one but still the worry that it can't possibly take off, it's so massive! Now we flew over Iran, Turkey and Europe for another seven hours before finally arriving at Manchester around 1130 local time on Thursday. The bike arrived by the carousel looking OK, although once I'd arrived home I found that - as last time - one of the gear shifters had been broken. I'm going to have to work on that problem next time. 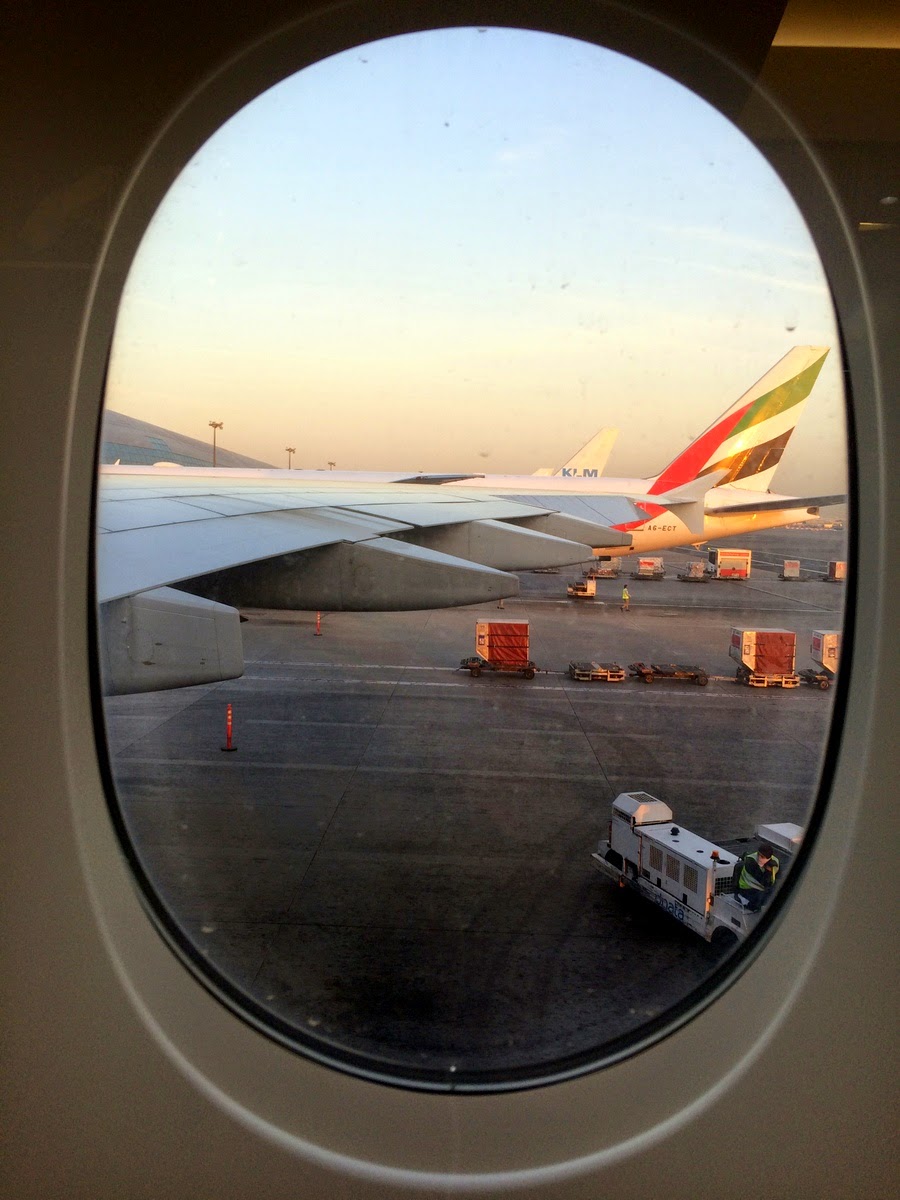 And so ended my Tour of Tasmania.  Three weeks of fabulous scenery, plenty of hills (of course!), good companionship, and lots of wildlife and other interesting things to see. My first trip to Australia, first crossing of the Equator, and first pint of James Boag's beer. Now I have to catch up at home before setting off for the seas north of the Faroe Islands to try and catch a glimpse of the next total solar eclipse on 20 March. Will I be successful? Perhaps I'll write up the journey in this blog...

I hope you've enjoyed reading this on-line diary. Feel free to make any comments and if you're in my part of the world and looking for a speaker, let me know. In fact, if you're anywhere in the world and (a) want a speaker and (b) are prepared to cover travelling expenses, let me know!!

Older Post Home
Subscribe to: Post Comments (Atom)
This is what Sir Ranulph Fiennes and Mark Beaumont said...
"Bill Honeywell has just finished a non-stop 4,500-mile cycle around the entire coast of Britain - a gruelling challenge by any standards. Please show your support for this effort by donating generously to Cancer Research UK, a cause which is also very close to my heart." - Sir Ranulph Fiennes, adventurer and holder of several endurance records.
"Great Britain has a famously twisty, hilly coastline so attempting to cycle around it is a serious undertaking! Best wishes for the challenge and your fantastic fundraising efforts Bill." - Mark Beaumont, record-breaking round the world cyclist.