Saturday 14 February was scheduled as a 'rest day' to explore Hobart, and with perfect timing it rained most of the day. At least there would be opportunities to shelter, which you don't get whilst out on the bike. 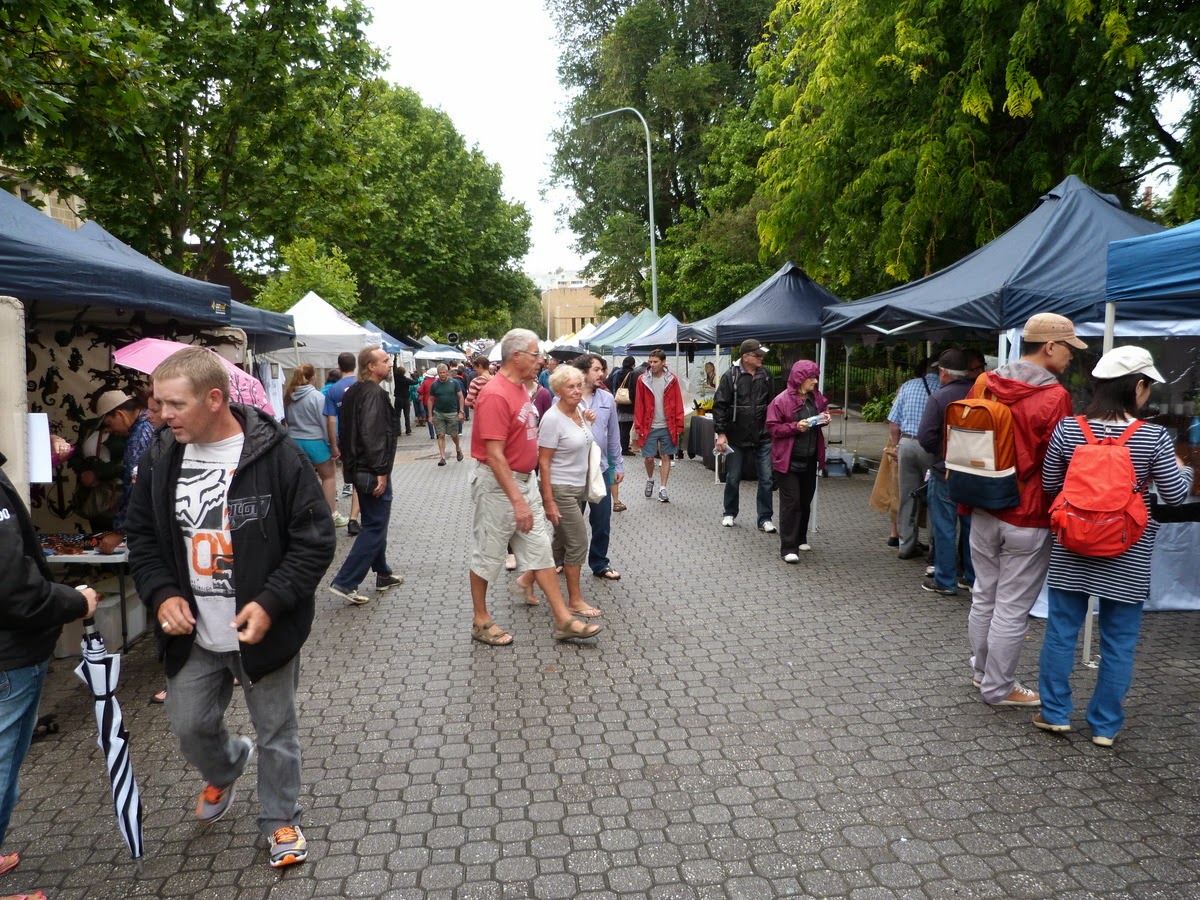 Salamanca market is a big open air affair down near the harbour. Hundreds of stalls selling lots of things from unashamed rubbish to nicely crafted jewellery, lots of handicrafts, art, food of all sorts, plus entertainment in the form of a live band or two and a couple of buskers. I had a wander round but to be honest, open air markets aren't the kind of thing to float my boat. What was more interesting was the collection of vintage and 'special interest' cars in the adjacent park. Not many, but the red MG 1300 reminded me of John Cleese manically thrashing the bonnet of a similar car during an episode of Fawlty Towers; the Alvis with its straight-6 engine had me wondering how anyone managed to balance all three SU carburettors, and the JPS Lotus Europa was just sublime.

Beaujangles Cafe in the central arcade was ideal for a light lunch, then off to the Tasmania Museum for an afternoon shelter from the rain. Helen was there and recommended it highly. Lots of natural history displays, including a room about the extinct (or is it?) Tasmanian Tiger, known as the Thylacine. I also liked the architectural work around the entrance and staircase. 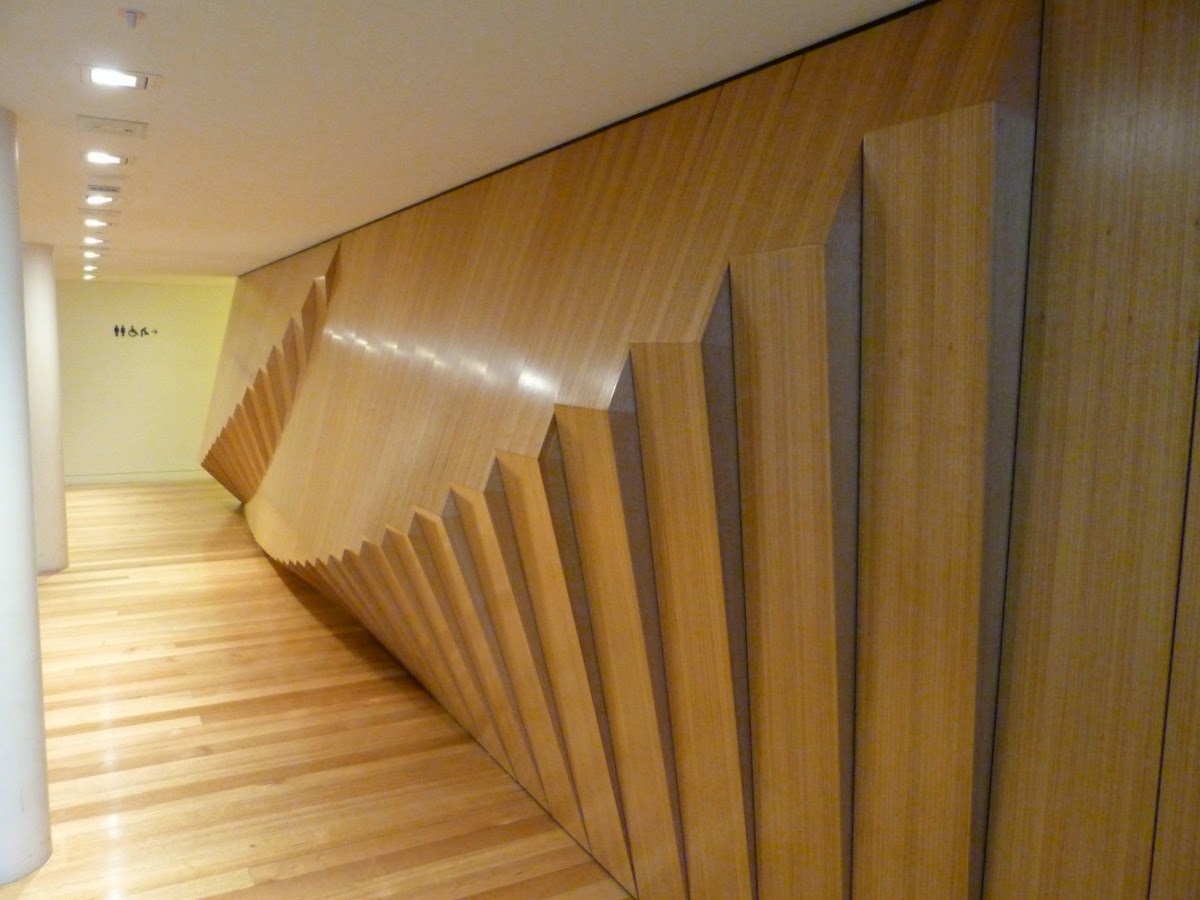 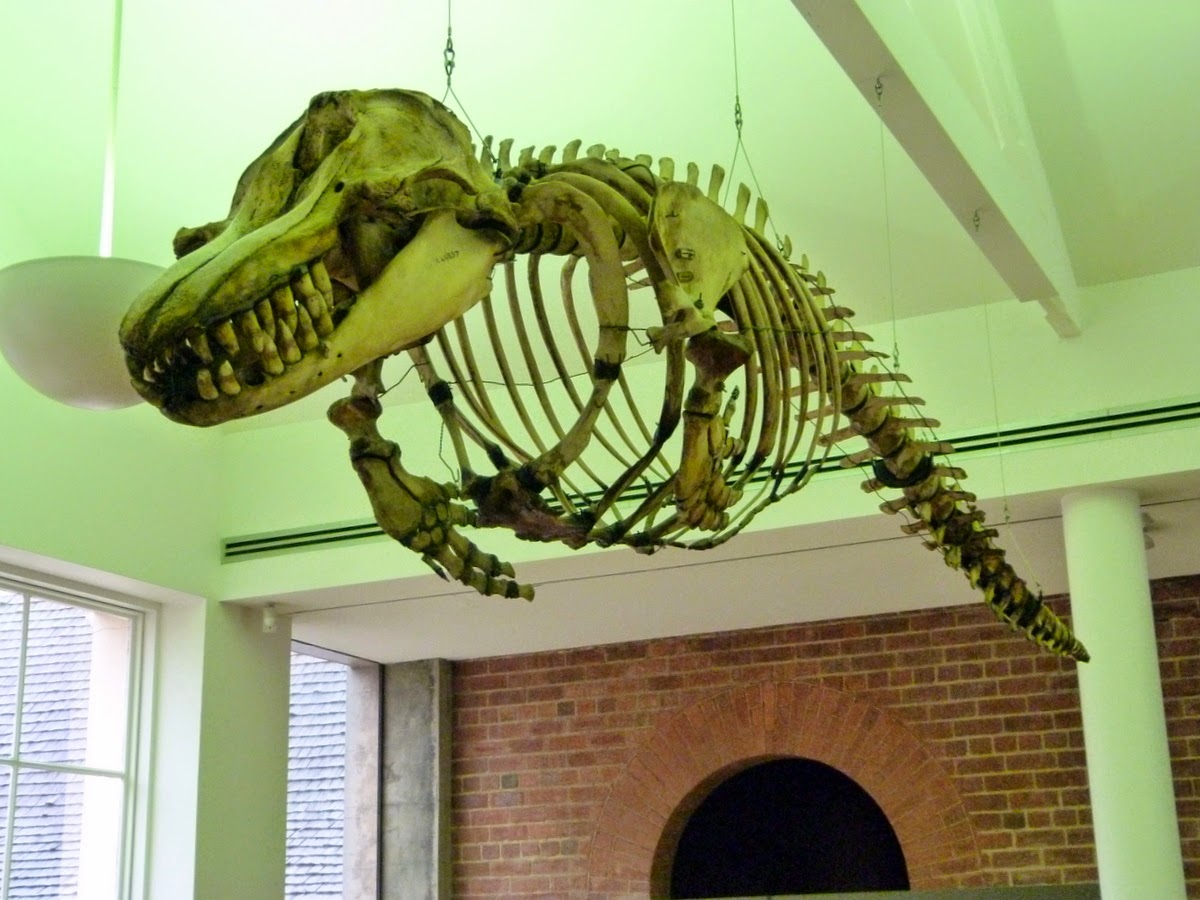 Then a gentle amble around the port...

I got back and fitted my shiny new seat bolt to the bike. Our evening meal was problematical again, as tonight was Valentines Day (yes, I DID send some flowers to Val. Virtual flowers I know, but that way I could send more and they were in better condition when they arrived). We managed to find a table for four (me, Richard, John H and Valerie) at a nearby Italian restaurant which was very good.

(Was it here, or somewhere else, where I saw an advertising sign which read "SPECIAL OFFER - 20% off your meal price on Valentine's Day! 4 persons minimum." Kinda defeats the object, don't you think?)

Tomorrow we turn north and head up the east coast to Triabunna.

PS To avoid any confusion, Valerie on the cycle tour is not the same person as my good lady wife Val, who bravely stayed at home during my three-week sojourn to the Antipodes. Just in case you were wondering.