What a Difference a Day Makes…

Day 18 – Achmelvich to Durness – 59.6 miles
Al set off for home last night and got as far as Aviemore before diving into a Bunk Barn and getting some well-earned rest.  Last night I got to looking back on Al’s involvement in the week – the wettest, stormiest week I can remember.  On the first morning when the weather was really wet, he found the Smoke House at Port Appin with scones and coffee; then we were hit by the storms and when the tree fell on the van he was a great help co-ordinating the chain-saw men and making sure the van wasn’t further damaged; as the gales hit us again on Tuesday he managed to keep going around Kingairloch; and on the Bealach na Ba, when the weather was at its absolute severest, he kept his head, we got safely to Applecross, and managed to finish it off the following day. Yes Al, I’m beginning to think you’re a jinx!! (Only kidding old chap!)
I have a new cycling companion this week. Mick Bryan, who has been driving the van for the last three days, handed the keys over to my son Mark (@DoctorTweak) and his wife Sandra and put on his cycling gear, promising to bring some better weather. 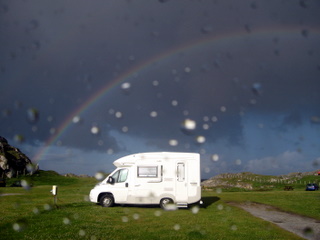 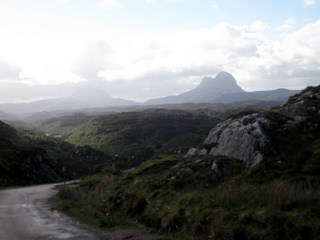 Suilven from the Coastal Road
After a heavy shower during breakfast, the first thing on the agenda today was to negotiate what has been called ‘Britain’s Hilliest Road’ – the Coastal Road from near Lochinver to Kylesku.  It started with a big climb but then we were beginning to wonder what the fuss was all about, whilst enjoying some fantastic scenery.  We were (of course) hit by another bitterly cold shower but at least the rain wasn’t permanent.  After Dunbeg the hills became steeper, longer and more frequent, with some long, long climbs and descents, and a wicked stretch of 1 in 4 which took some effort.  But all the time the scenery was magnificent and when we reached the junction we knew that the experience had been well worth it, even though in that 21-mile stretch we had climbed more than the height of Ben Nevis! 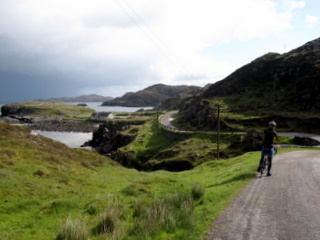 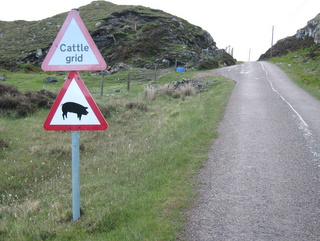 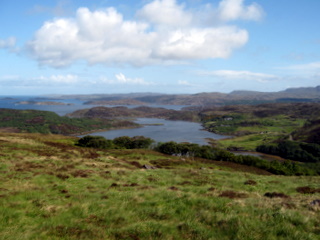 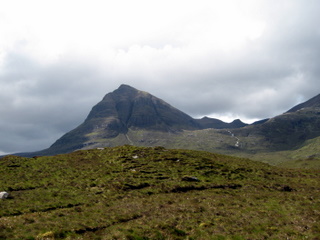 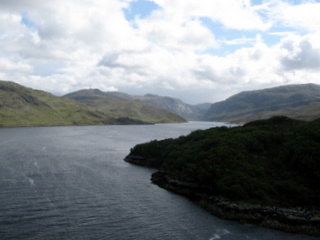 From there on, the main road to Durness was a roller-coaster of long ups and downs, whilst the weather decided to get better and better.  After lunch at Laxford Bridge (I don’t think there’s anything there except a bridge…) a long gentle climb took us to the watershed, from where we enjoyed a fast descent of several miles at speeds of over 25 mph, with the sea off the north coast in view. 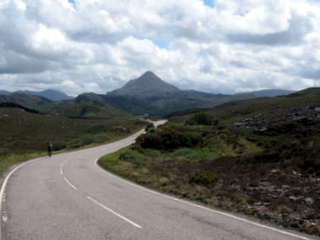 So here we are, having just turned the corner at the north-west corner of Great Britain.  Tomorrow we head east to Thurso, and after a rest day on Wednesday, we’ll be heading south. Progress. And we’re still on schedule, phew! 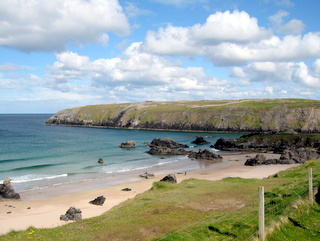 It’s lovely here in Durness - although it’s a chilly wind – with a great view over the sea.  We’re getting near the North Pole so it won’t be dark for long!  Early night tonight for a long-ish day tomorrow – 79 miles and for the third day running, plenty of climbing.
Oh, and finally the total:  1,247 miles completed (2,706 to go!)
Posted by Bill Honeywell at 20:43