**I'll have to give up! The wi-fi signal is so bad here I can't download any more photos. But check out yesterdays's blog - I managed to add some before the signal went awol.  Hopefully tomorrow will be ok.
I can't get on to Twitter either, but thanks to everyone for RT-ing and working so hard - especially @potentilly and @luggermatt - to get me over 1,000 followers - you're all too kind, really!
74 miles; total 3,371 miles
A gorgeous day visiting nostalgic places – Falmouth (honeymoon), The Lizard and Kynance Cove (childhood holidays).
Different parts of the country evoke different feelings – Scotland is magnificent for its wildness, Northumberland has a certain friendliness, and this part of Cornwall is mainly nostalgia – the place where I came on holiday several times as a young lad, where I spent my honeymoon, and most recently where Val and I had a four day walk along the South-West Coast Path. 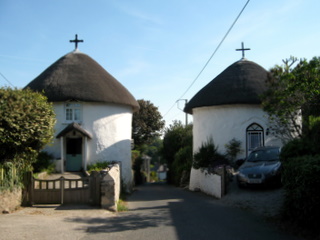 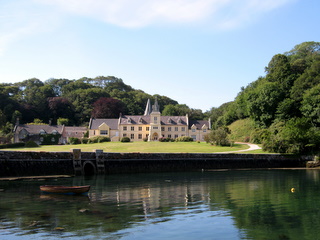 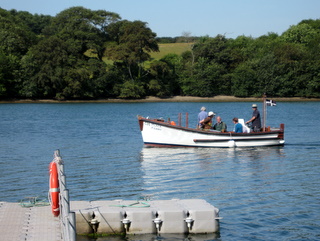 But there was also lots that was new today.  I cycled seventeen miles or so through the lanes towards St Anthony, passing through Portloe and Veryan, with its strange round houses, to arrive at Place House, an almost chateau-like mansion built around 1840, near where the Place Ferry lands to take passengers to St Mawes.  The departure point varies according to the state of the tide so you have to be vigilant and read the instructions carefully! 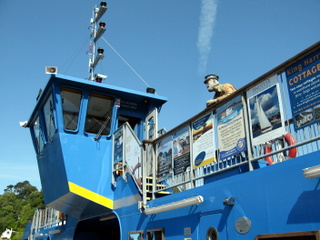 The next ferry was the rather larger King Harry Ferry which pulls itself across on chains. Just as with the Place Ferry I got there just in time to go almost straight across.  The van was waiting with drinks and food on the other side, at which point Richard got his bike out and joined me for the rest of the day, leaving the stalward Mr Hardy on his own, poor chap.
Busy roads through Falmouth led us to the docks area and Pendennis Castle, but we didn’t have time for a long visit.  More narrow lanes followed – very difficult to ride, as the dappled shade under the overhanging trees and bushes meant that potholes are very difficult to see and one has to ride with great care. 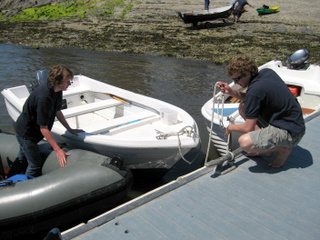 At Helford Passage we thought our luck had run out – we arrived at 1.00 as the ferryman was about to take a 90 minute break for lunch as the tide was very low. But we persuaded him to take us across there and then, which saved us running very late (and perhaps saved us from going in the pub for over an hour!). 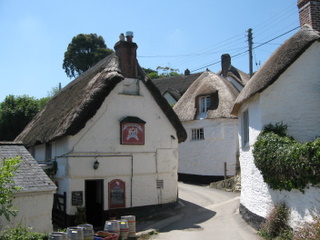 On the other side we met a couple from Coverack who had come “to see a different bit of water” – they were absolutely charming, although I’m not sure they quite ‘got’ my sense of humour at first! 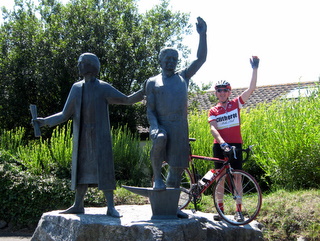 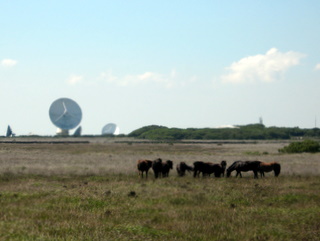 The lanes were really hilly here, past Gillan, Manaccan, and St Keverne, but after our second pit stop we were on to the Lizard peninsula which is much flatter.  Past Goonhilly Earth Station (remember Telstar?) and on to Lizard Village, with its  shops selling ornaments carved out of Serpentine rock, then down to the most southerly point in Britain at 49° 57’ N. 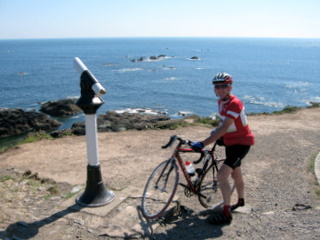 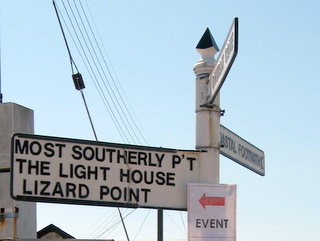 On the way back to Helston I couldn’t resist turning left just out of Lizard Village to visit Kynance Cove – so picturesque and a favourite place for our parents to take us during our holidays.  I love the way the car park attendants reply at these places when I ask if bikes are free – “It’s all yours!” is the usual answer. 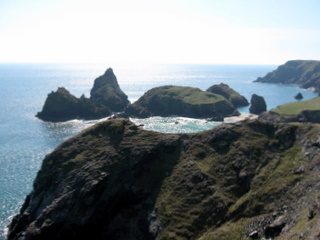 The run to Helston was fast, past the huge Culdrose Royal Naval Air Station, where we had a chat with a junior engineer who couldn’t tell us what kind of plane is displayed at the entrance.  Then on to the site at Poldown outside Helston where we have just had the most enormous and very tasty lasagne, care of Carol Hardy.  Thank you m’dear! 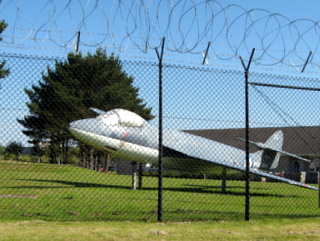 Talking of things that people do, what about Ella Spencer, who when I walked all the Wainwrights two years ago had a cake stall to raise funds? Yesterday she had another cakestall in Clitheroe and made over £300 for Cancer Research UK! Ella, you are a complete star, setting an example to many a grown-up, I can tell you!  I’ll let you all have more details later, hopefully with a picture of some cakes!
Posted by Bill Honeywell at 21:43