18 miles; total 3,892 miles
A lie-in!  -  Shortest day of the whole trip  -  I got bored!!  -  I also got my hair cut.
Schedules are governed by various different things, and today it was the availability of caravan sites.  A slightly longer day would have been ideal but the only real choice of an overnight stop was here at Pembrey, so a mere 13 miles was the scheduled distance. I know, I know, hardly worth getting out of bed for.
Actually, the biggest problem was finding something to do – having to be away from one site no later than 10 am, and not wanting to arrive at the next before noon – with only an hour’s cycling in between.  So I dawdled a bit, then explored a cycle path along the Burry Inlet and had a cursory look at the Wildlife and Wetland Trust Centre. 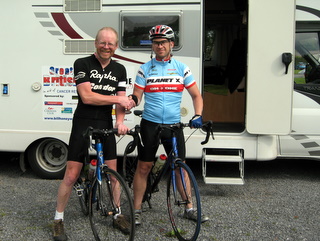 But before that, I was contacted by another Twitterer:  @Antz_e, otherwise known as Anthony Evans, called by on his way out for a morning tour of the Gower, introduced himself and made a welcome donation to Cancer Research UK.  It’s a good job he didn’t want to ride with me, as he would have been bored rigid!! 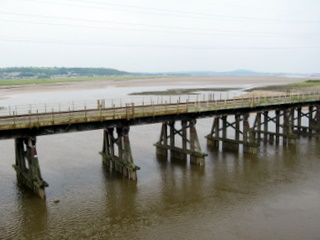 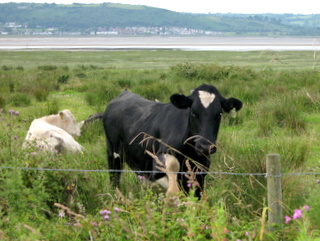 The roads around Llanelli, Burry Port and Pembrey were remarkably quiet. I followed the signs for the Harbour at Burry Port but they just led to the edge of the salt marsh, which seemed odd. 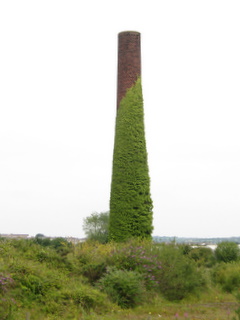 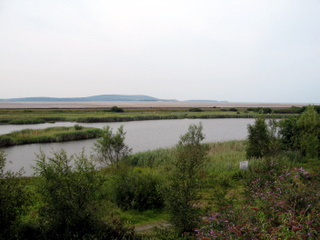 Pembrey Country Park is a big area of woodland, heath and dunes: there are signs of wartime activity here – pill boxes and bunkers still in view, and I think there was an airport. Now it’s a popular leisure area with long beaches.  I loitered around here for a while to pass the time before going to the caravan site, where, after lunch,
I GOT MY HAIR CUT!!!
Bernadette very kindly mowed my out-of-control locks, which hadn’t had any attention for the last nine weeks.  Now, after a number 2, I’m a lot tidier and possibly somewhat lighter. She also applied the same treatment to my beard (I’ve never had a beard long enough for a trim before!) so I’m looking pretty dapper! But not smart enough for a photo – I don’t want to lose any readers!
I then gave the bike a good check-over, which reminded me that Ian Hardy had sent me a photograph of Richard, just after he’d extracted the broken cable end from my gear shifters last week.  It’s a very delicate job – note the two pairs of glasses! 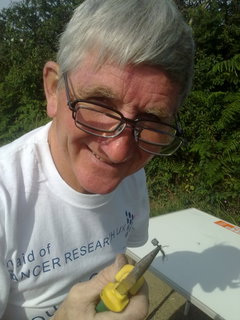 Back to normal tomorrow – 67 miles with plenty of ups and downs will take me to Pembroke – I’m approaching another absolutely beautiful part of the country, and looking forward to it.
Posted by Bill Honeywell at 19:25