A day off almost, only 27 miles, making a total of 3,223 miles.
It’s the first day of July, so now I can say I will finish the ride this month.  By the way, I ought to mention the caravan site at Stoke Fleming run by the Camping and Caravanning Club – they call themselves the Friendly Club and it’s well deserved: the people there were really helpful and although it was a last minute decision we had a great stay there. 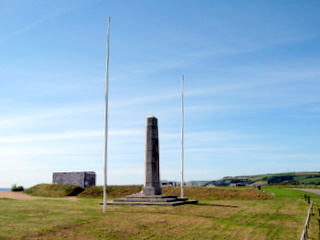 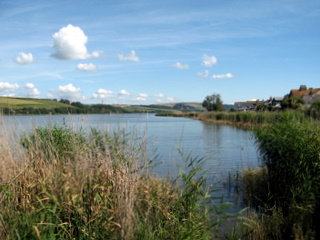 After my full English at the Venus Café at Blackpool Sands, I set off up the road through the village of Strete and then on to Slapton Ley, where there is a memorial to all the American soldiers killed during the preparations for D-Day in the Second World War. 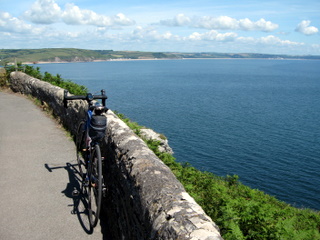 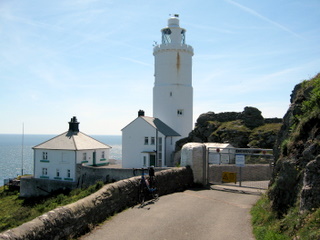 Then I turned inland, on to the narrow, high-sided lanes so typical of Devon, before heading out to Start Point, a fantastic viewpoint looking back up along Start Bay – it was so nice I could have stayed there all day.
The lanes got narrower and steeper and steeper and narrower, until I arrived at East Portlemouth where the access to the ferry seems to be a closely guarded secret!  Anyway, someone pointed it out for me and I found the tiny boat which took me and a few others across to Salcombe.  Where there are a lot of steps to carry the bike up before regaining the road! 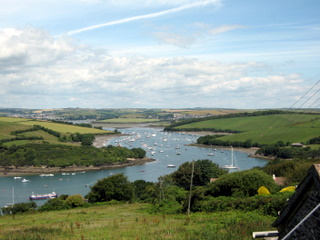 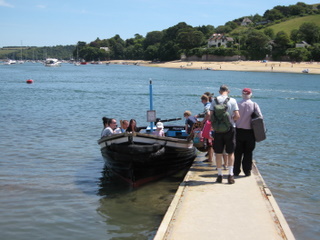 After Malborough I wanted to keep as near the coast as possible, and in doing so encountered the narrowest, dustiest roads so far – almost claustrophobic, and hard work again with constant ups and downs. 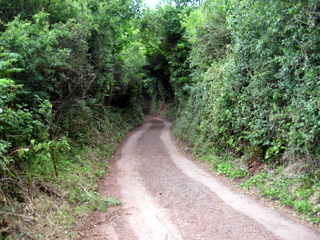 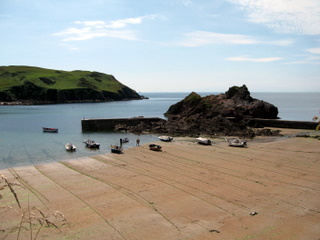 But the steepest bit was reserved for the last, when I arrived at Hope Cove and toiled up the road to the house of my good friends Roger and Dianne Lewis, where a warm welcome awaited and a great rest afternoon, with a trip to the Hope and Anchor pub followed by some bike maintenance work.
We’re eating in tonight – Dianne is preparing something that smells so delicious I’m salivating as I write this blog!
Saturday tomorrow, so a change of crew – Val and Alan are heading home once Ian Hardy and Richard Dugdale arrive, probably with the changeover near Looe.  I have 71 miles to do – with more undulations of course, a ferry across Plymouth Sound to Mount Edgcumbe and another ferry at Bodinnick.  Best get an early night.
Posted by Bill Honeywell at 18:16