Day 63 (I can’t believe it!) Freshwater East to St David’s

70 miles; total 4,031 miles
Wow!! That’s the 4,000 mile barrier broken, and now just over 400 to go – less than 10% of the total. But rearrange these words into a well known saying:  chickens don’t your before hatched count they’re…
Wall to wall sunshine today but what a chilly night! – Bernadette was trying to wipe the condensation off the windows first thing until she realised it was on the outside! 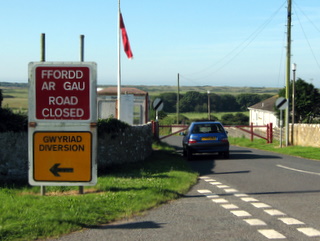 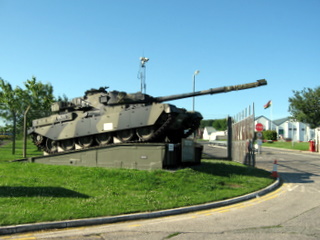 The first section today was a straightforward run west to the village of Angle and back to Pembroke. Or it would have been straightforward but for the fact that for the second time on my ride, the army decided to do some live firing on their ranges – this time with tanks, so I wasn’t going to argue. I just followed the diversion to Castlemartin.
En route I met two cyclists – a man and a woman – and he told me he was in training to cycle around the coast of Wales in 2013 (sounds a long time off) to raise money for muscular dystrophy. His plan is to cycle off-road and I think he was reccying the Pembrokeshire Coast Path. 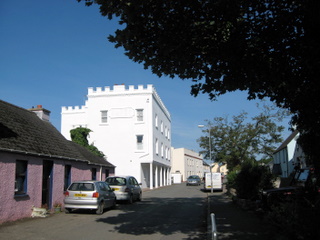 Angle is an interesting village with one or two buildings which add an almost Mediterranean air. 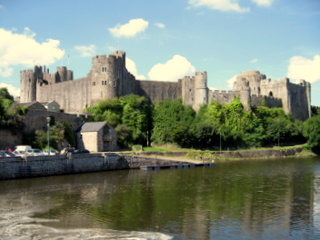 Pembroke Castle is spectacular, but just as interesting was the race going on between a teenager and (presumably) his gran – both were riding identical mobility scooters on the pavement and you had to see it to believe it! 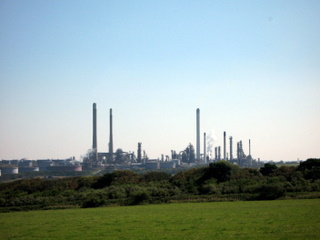 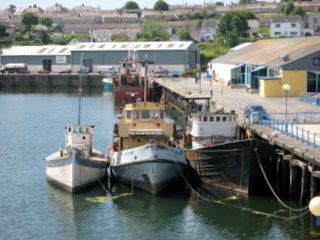 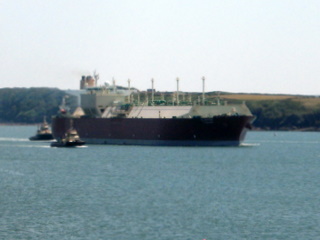 Milford Haven is of course a major terminal for oil tankers, and there are oil refineries too. I didn’t find too much of interest in the town but moored in the old harbour were three boats which were quite photogenic. 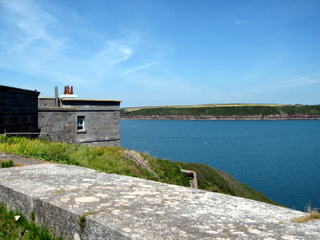 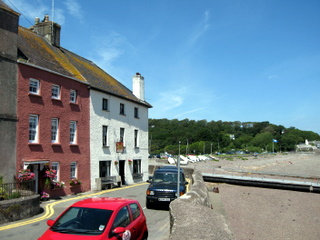 The Griffin, Dale Village
At Dale Point is the Dale Fort Field Study Centre – a converted fort, built to defend Great Britain against Napoleon, now used for educational purposes. I went there in 1969 whilst in the sixth form, and to my shame the thing I remember most was an illicit visit to The Griffin pub in the village whilst under-age. Today I met two 17-year old students and was having a chat with them. I mentioned that when I was there, the 50p coin had just come out (pre-decimalisation still) and I bought four pints of beer with one and still had change. They were absolutely gobsmacked! (Not at how such an old geezer could be riding a bike, but how much the price of beer had gone up!)
I also passed the sign to Martins Haven, where the boat leaves for Skokholm Island, where I have spent an idyllic, relaxing week on three occasions in the past. Not everyone’s cup of tea though, with no electricity or running water!
The road along the coast from Dale to St David’s is an absolute roller coaster of steep ups and downs, with 90% of the time toiling up!  I had no idea there are so many little havens and beaches here, all quite popular, but all involving a steep descent followed by an equally steep ascent.  There is also a futuristic environmentally-sensitive green house along the coast here. Or it could be the Teletubbies' house... 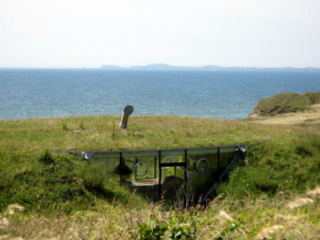 Teletubbies' House
After the Elephant Hawk Moth the other day, today’s natural history feature is… the Scarlet Pimpernel. You’ve all heard of it, but if you want to know what it looks like, here it is.  They’re common in the roadside verges around here. 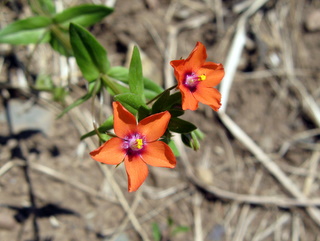 Also quite common are tractor eggs. At least, that's what I think they are: 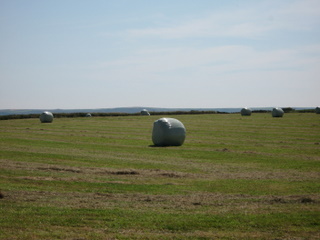 St David’s is the smallest city in Britain – it has a pleasant town centre and an impressive cathedral.  From there it’s a short hop to the Caravan Club site where we’re staying tonight. 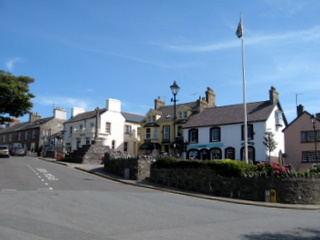 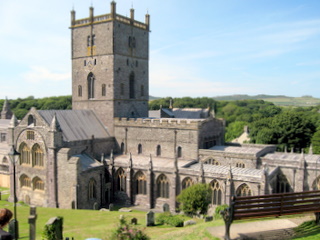 Despite the fact that (in my opinion) Great Britain is a very big island, they do say it’s a small world. And this was proved tonight by the fact that we are parked next to another couple from Clitheroe, and then, whilst having our evening meal, along came a gentleman called Peter Worden, also originally from Clitheroe (not only that, but related to Frank who is driving this week!)  Peter now lives in St David’s and brought a very generous donation from all the workers at St David’s Assemblies Ltd.
Tomorrow is scheduled to be a longer day with even more ups and downs, so I think an early night is on the cards again.  The weather forecast isn’t too good, so fingers crossed!
Posted by Bill Honeywell at 20:45