78 miles; total 3,874 miles (78 milltir; cyfanswm 3,874 milltir)
I love languages. Not too strong on English but I can get by in French, Spanish and Danish, plus a little bit of German and Italian.  So I feel qualified to say something about the subject.  What I don’t understand is this insistence on bilingual signs in Wales. By all means keep the Welsh language going, but why waste all that paint to say ‘SLOW – ARAF’ every time on the roads; or to make sure every sign that says ‘CARDIFF’ also says ‘CAERDYDD’; or to say ‘P’ – 100 YARDS – 100 LLATH?  If the lovely Welsh people want it written in Welsh, just do it in Welsh. Forget the English. Providing the first sign we see over the border is bilingual, we can remember ARAF and MILLTIR and LLATH after that, and you can save a shed load of paint.  Thank you. 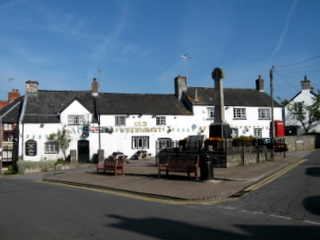 Back to the bike ride. The village of Llantwit Major is very pleasant, and the quiet road nearest the coast through St Donats and Marcross likewise.  Apparently St Donats Castle used to belong to Randolph Hearst, the press baron. 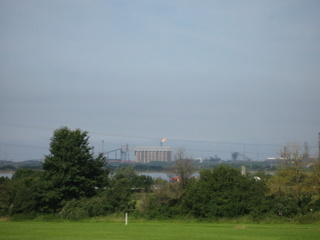 Keeping to the south of Bridgend I went through Porthcawl, then past Kenfig nature reserve to some really busy roads around Port Talbot, where the steel works weren’t exactly the prettiest sight of the bike ride so far.  But in Port Talbot there was the Taibach Rugby Club, which seemed to epitomise this part of South Wales. 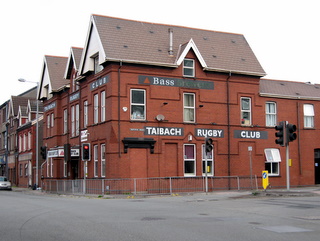 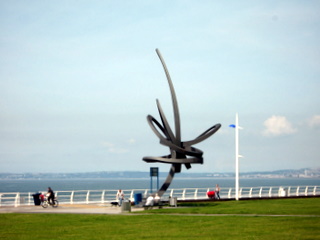 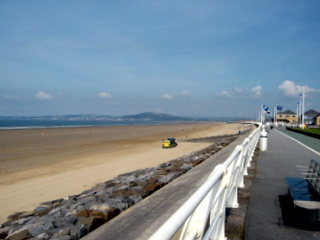 I was surprised at the seaside part of Port Talbot – a nice prom, with a good beach and modern sculptures, with a great view along the coast to Swansea and the Mumbles.  Fortunately, on the way in to Swansea, where the roads were busiest, there were some good cycle lanes. 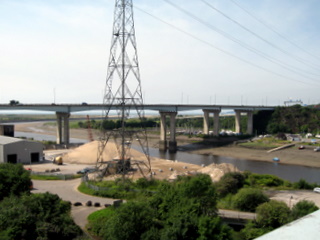 As is usually the case, the traffic is so slow right in the centre of the city that cycling is quite easy, but things slowed down towards Mumbles as temporary traffic lights were in use due to a ‘dangerous object beneath the carriageway’ – a bomb, mine, dragon? – who knows? 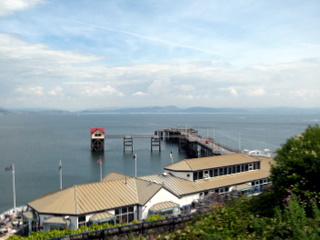 The prom at Mumbles was full on people walking this way and that – presumably having a look at the pier and then returning. There’s a good view across the bay back to Swansea. Catherine Zeta Jones comes from here apparently.  I saw her walking along the prom. With Elvis.
From Mumbles Head the character of the ride changed abruptly:  hills!  Ups and downs everywhere, through the suburbia that is Mumbles, Newton and Caswell, then into the rural part of the Gower Peninsula. I had expected a landscape of open heathland, like Purbeck, but instead it was a mixture of woodlands and fertile fields with narrow lanes a bit like parts of Devon.  Cycling was quite hard work again! 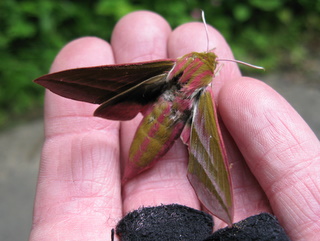 Toiling up one hill in woodland I came across this Elephant Hawk Moth on the road. I think it may have been pecked at by a bird, as it doesn’t seem to be in pristine condition. 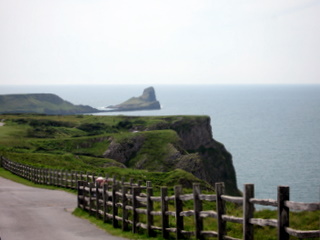 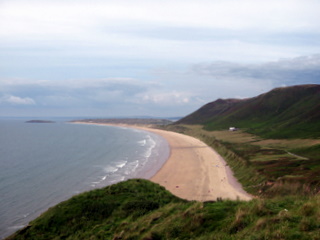 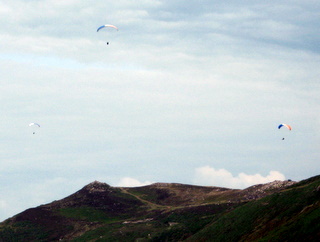 Rhossili makes a fitting end to the cul-de-sac at the western end of the peninsula, with cliffs on one side and a golden beach on the other, with paragliders enjoying their sport in the air above.  It was busy here, so I turned tail and started back towards Gowerton. Riding across the north of the Gower was much easier, with flatter roads and a pleasant tailwind. 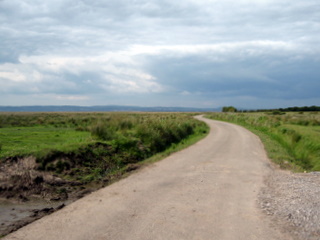 The road runs along the salt marshes of the estuary of the River Loughor, with signs warning of occasional inundation by the tide, but as I remembered it was a half-moon last night I wasn’t particularly worried. This is a nice open section, ending in the easy final miles to the Gowerton Caravan Club Site where we are staying tonight.
550 miles to go out of 4,400 - so the end gets ever closer. But it won't much tomorrow! - I'm having the nearest thing to a day off yet - 13 miles to the next site at Pembrey. But that should give me time to check the bikes over carefully, and after that every day but the last has a substantial amount of climbing, so the rest should do my legs good.
By the way, thanks to Elaine Marsden, who celebrated her birthday on Saturday with a night out for friends at  The Plough Inn at Wigglesworth and asked that instead of presents, guests donated to my Cancer Research UK fund instead.  And thanks also to my wife Val's Auntie Elsie, whose husband Max sadly died of brain cancer last week - donations from today's funeral are to be shared between MacMillan Nurses and Cancer Research UK. A sad day for the family - Max was always full of life and was the lucky winner of the raffle to blow up the Castle Cement Works chimney just over two years ago.  We'll miss you Max.
Can you help in the fight against cancer? All you need to do is go to my Just Giving page and make a donation  - it's that simple. Please donate if you can. Thank you.
Posted by Bill Honeywell at 20:41