Yesterday was decision day for Scotland – the Referendum.  I was surprised how many Americans knew about it and seemed genuinely interested, and without exception they thought it would be a bad idea for Scotland to go it alone.  Being seven hours behind the UK, my bedtime in Bozeman was breakfast time at home, so I was able to wait for the result before I turned in.

In the morning, Richard, Tony, Deborah and I headed for Bozeman’s Museum of the Rockies, on the edge of town and a longer walk than I expected, through a largely residential area with some rather nice houses including what appeared to be the mansion of the Story family, not now lived in but perhaps maintained as a museum.  Or shrine, I’m not sure! 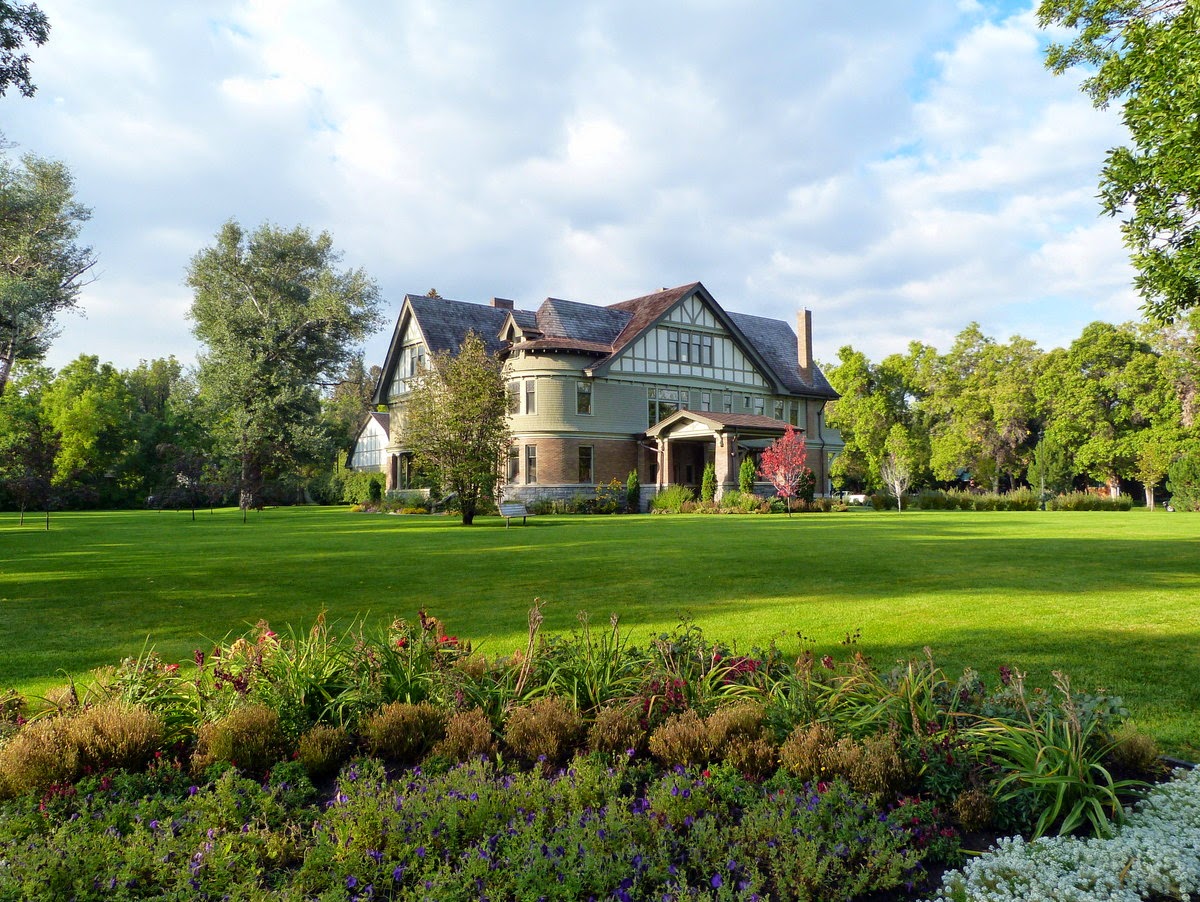 The rather nice Story Mansion

The museum itself is impressive, with much of the space devoted to dinosaurs, because Montana is dinosaur-fossil heaven.  Much of it one already knows by keeping up with news of discoveries, but as always one learns something new every day (hopefully) and today it was the fact that dinosaurs DIDN’T DRAG THEIR TAILS.  In the Planetarium there was a good piece about theAntarctic Ice Cube neutrino detector.  The Ice Cube is one cubic kilometre of ice (that’s be almost a billion tons), and six billion neutrinos pass through my head at almost the speed of light every second?  No wonder I need those aspirins! 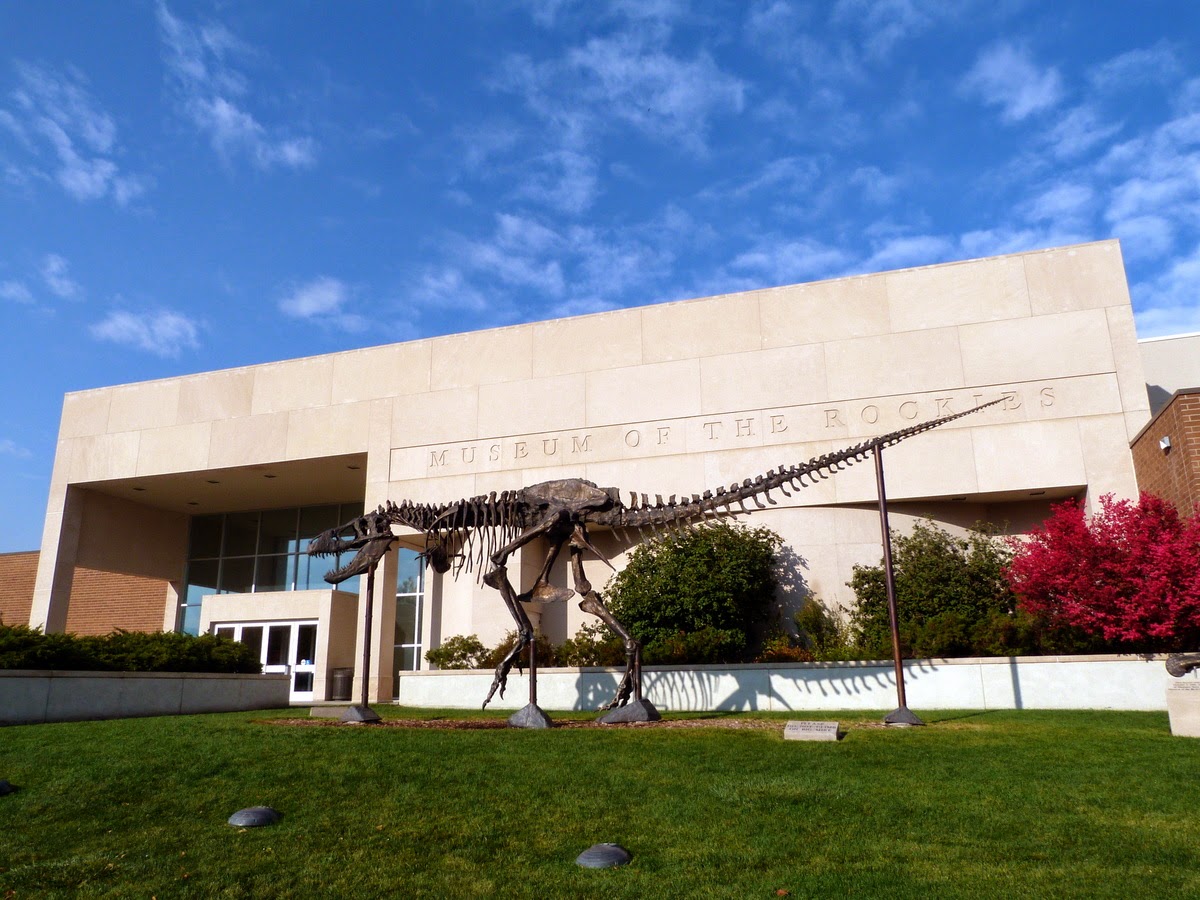 Bozeman's Museum of the Rockies 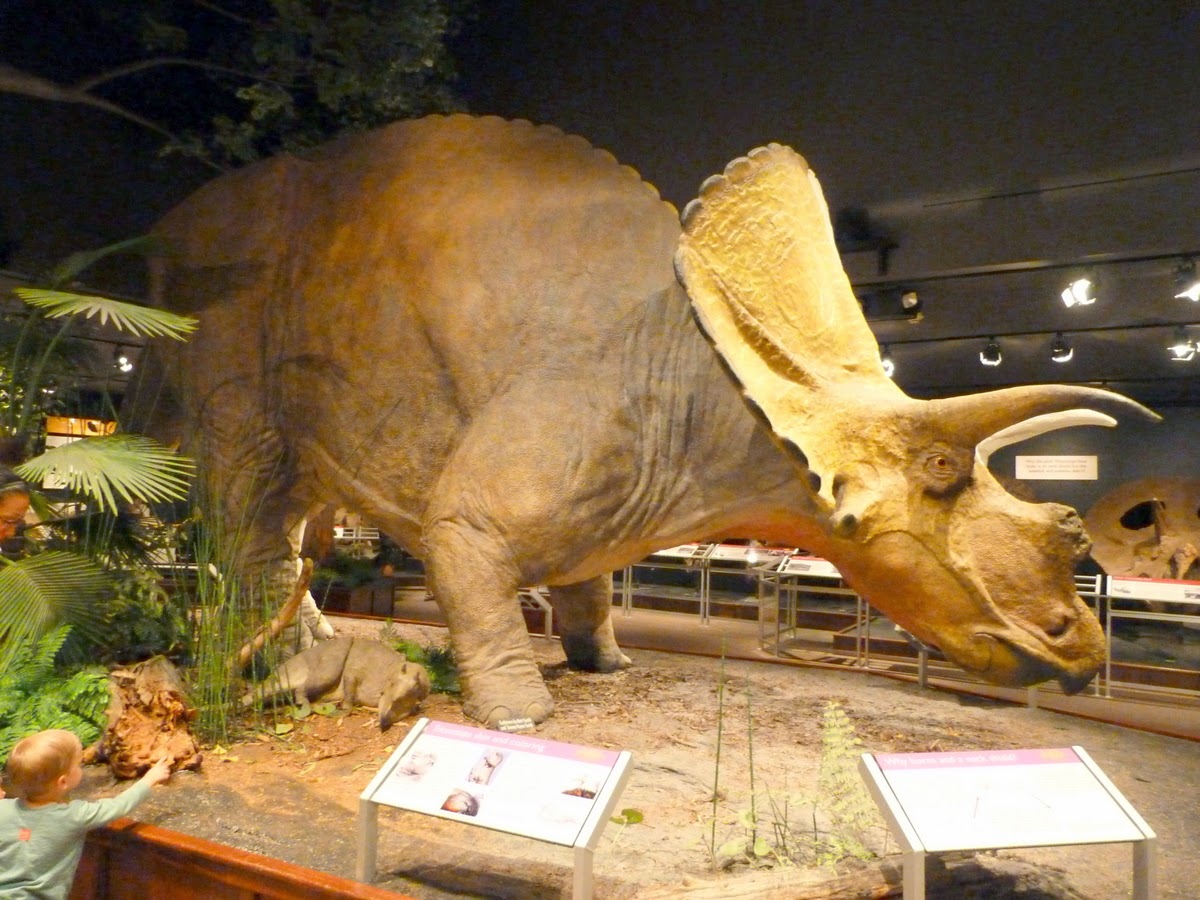 At the side of the museum there’s a reconstruction of an early pioneer’s farmhouse – or perhaps it’s the original farmhouse that’s remained on site, I’m not sure, and on hand to discuss things are a few local enthusiasts in period costume.  It wasn’t quite like going on to the set of Downton, but I’m sure you get the picture.  I got chatting with Chuck Broughton who was keen to tell me about his recent holiday in Great Britain and a very bad (and equally old) golf joke.  I don’t know why people keep telling me golf jokes – I don’t play!  There was a working blacksmith's forge here too. 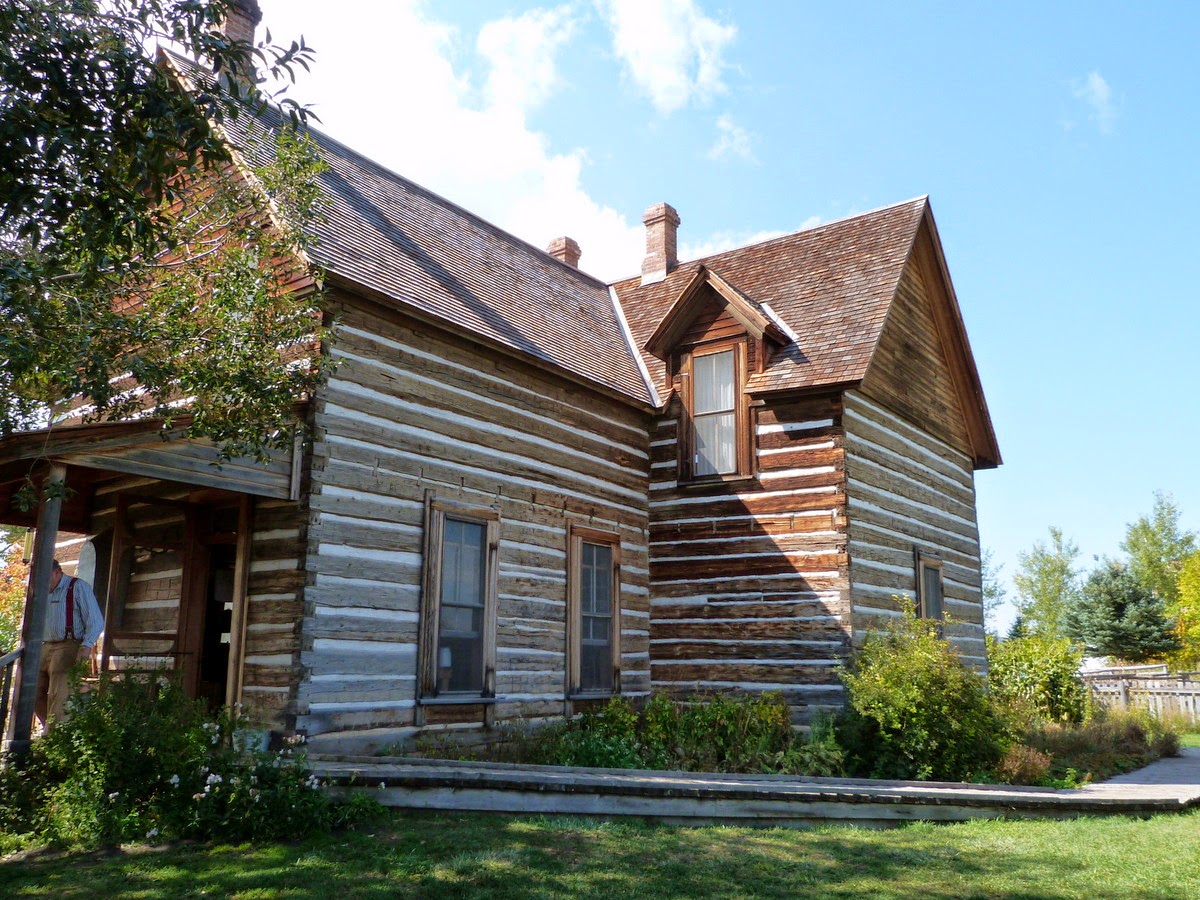 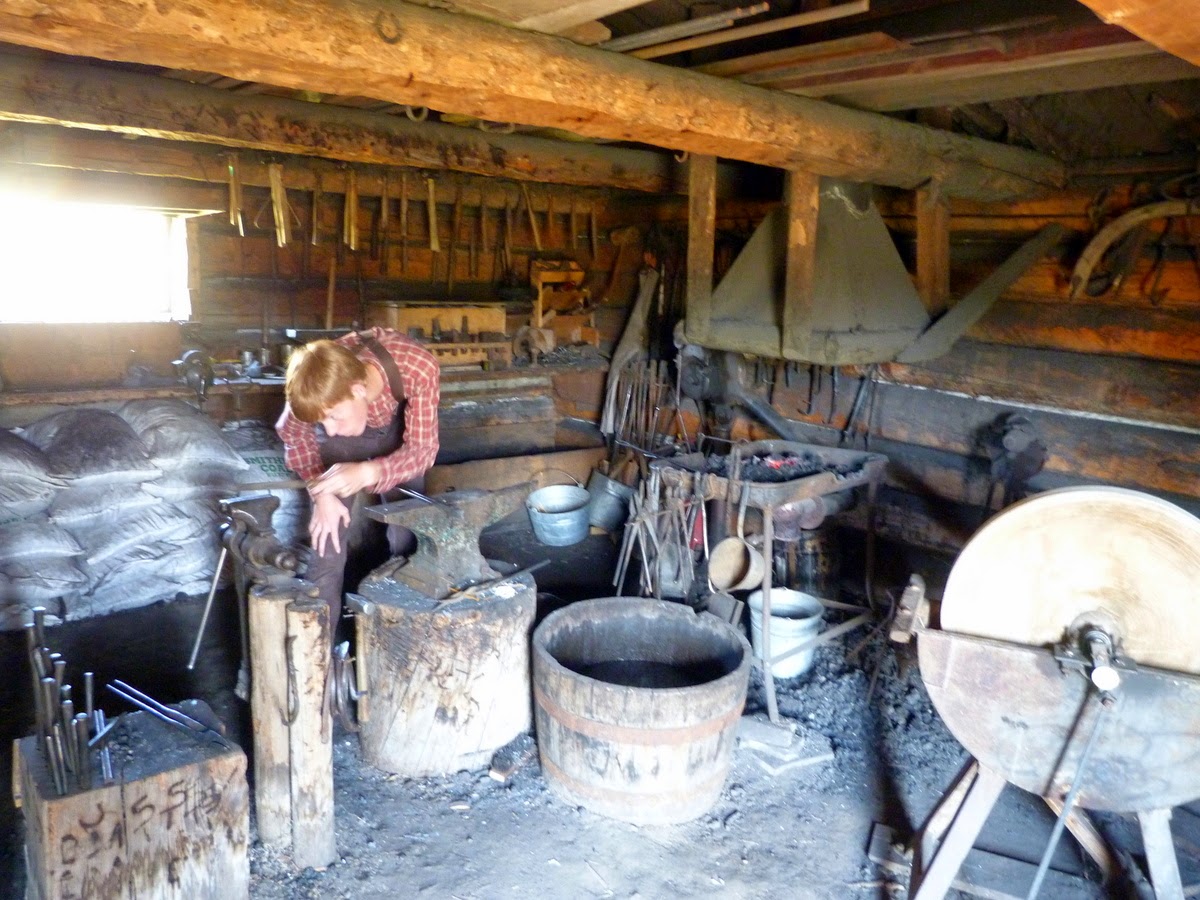 and presumably the working forge... 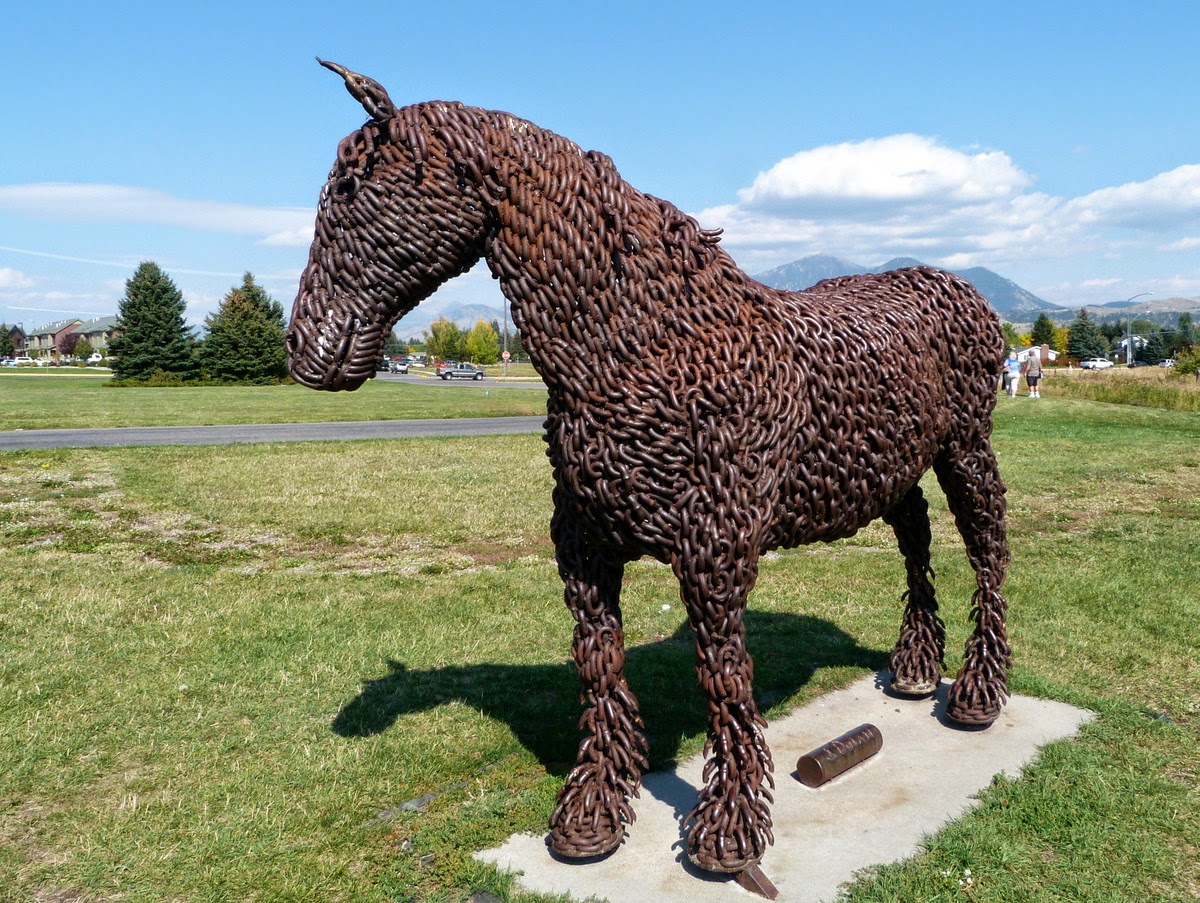 ...made this, from chain links

After sauntering back through the University Campus, I wandered around the town centre for a while.  I bought Val some nice earrings (good presents, earrings, because they don’t weigh you down on the bike!), had a Huckleberry-flavour ice cream (ridiculously good value at $2.25 (£1.40) – enough to feed a family of four), and visited the Emerson Gallery arts centre. 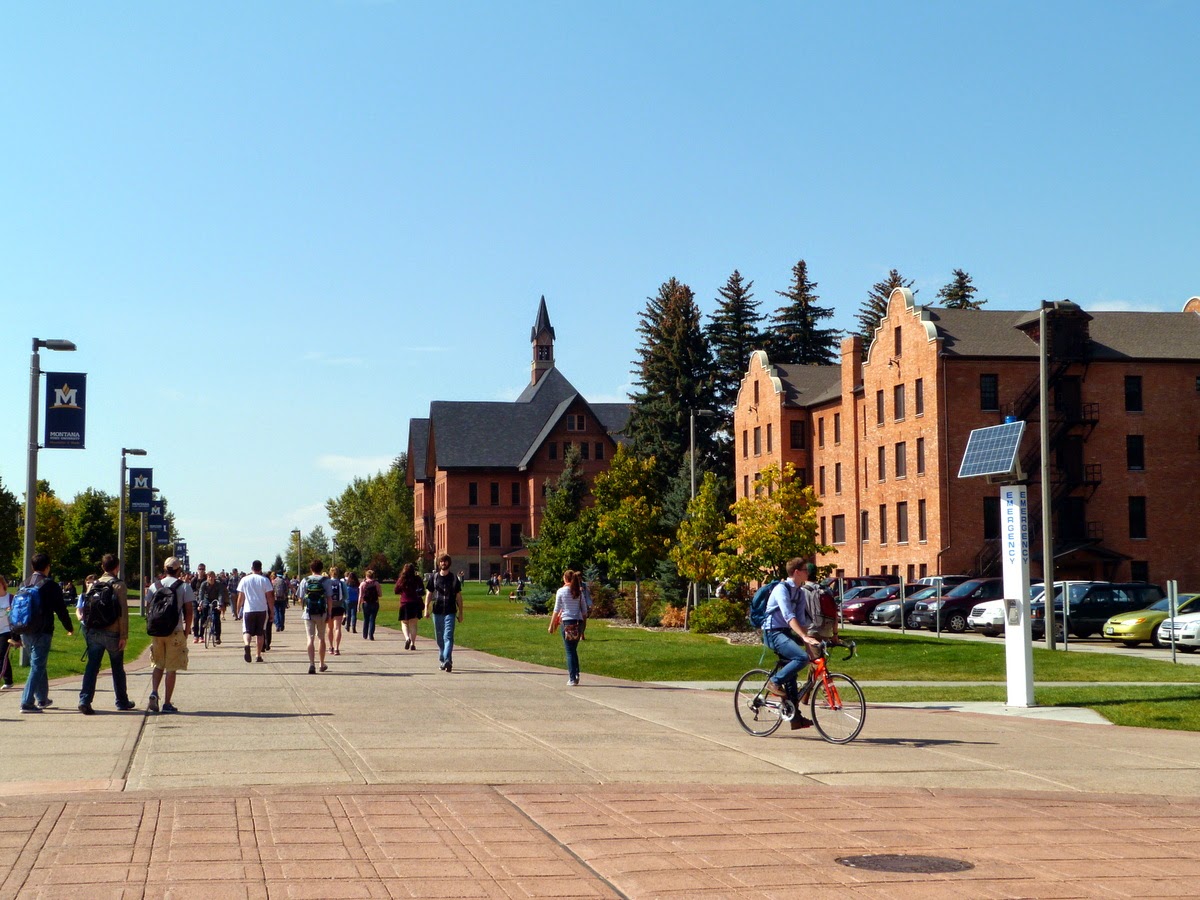 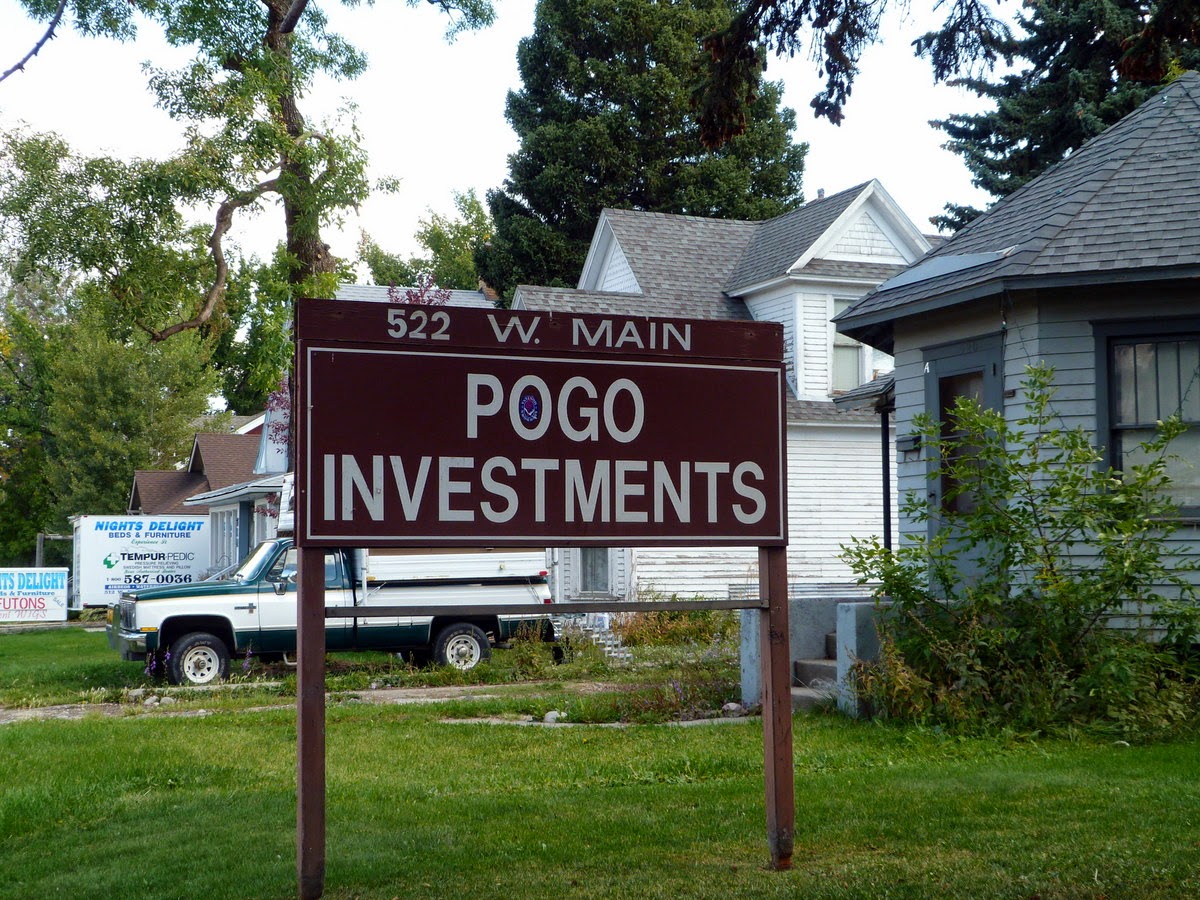 Your investments can go down as well as up. (And end up back where you started) 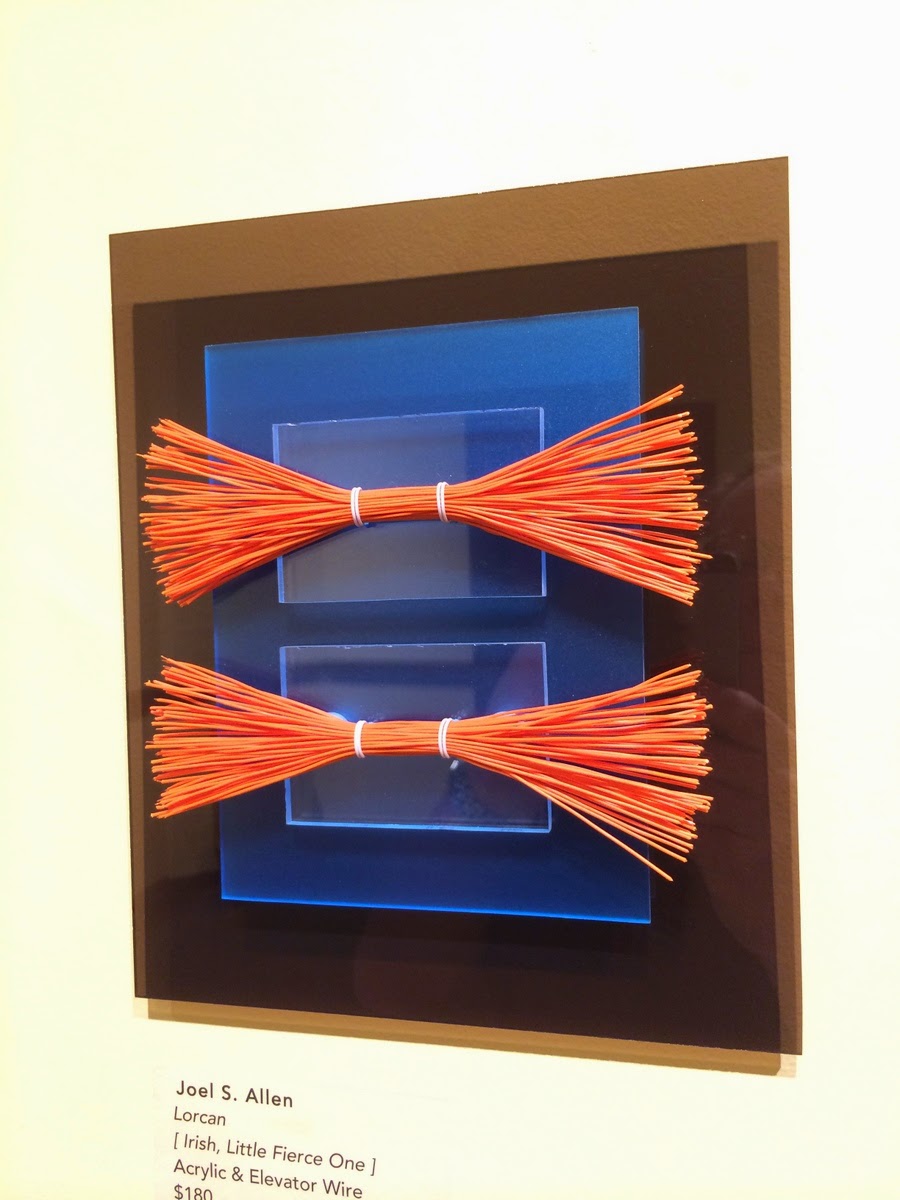 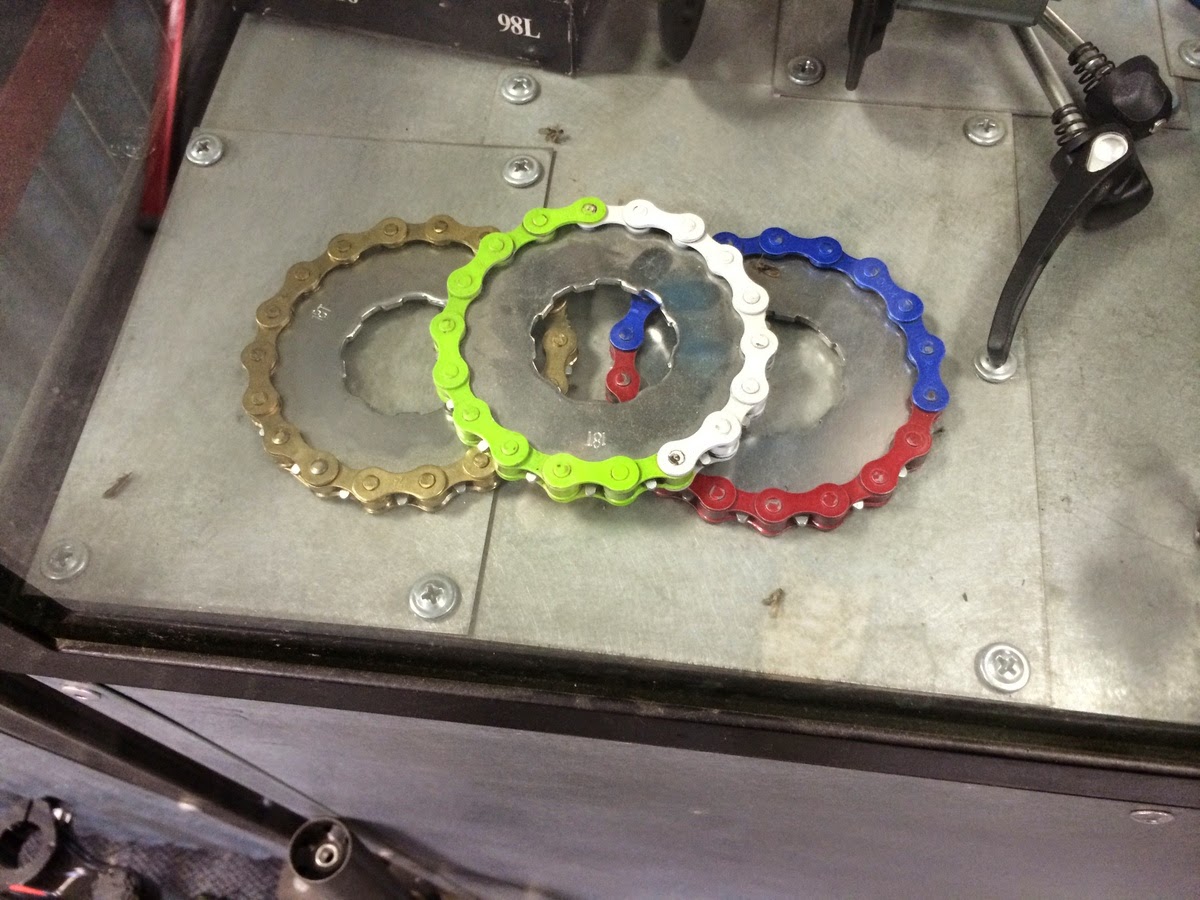 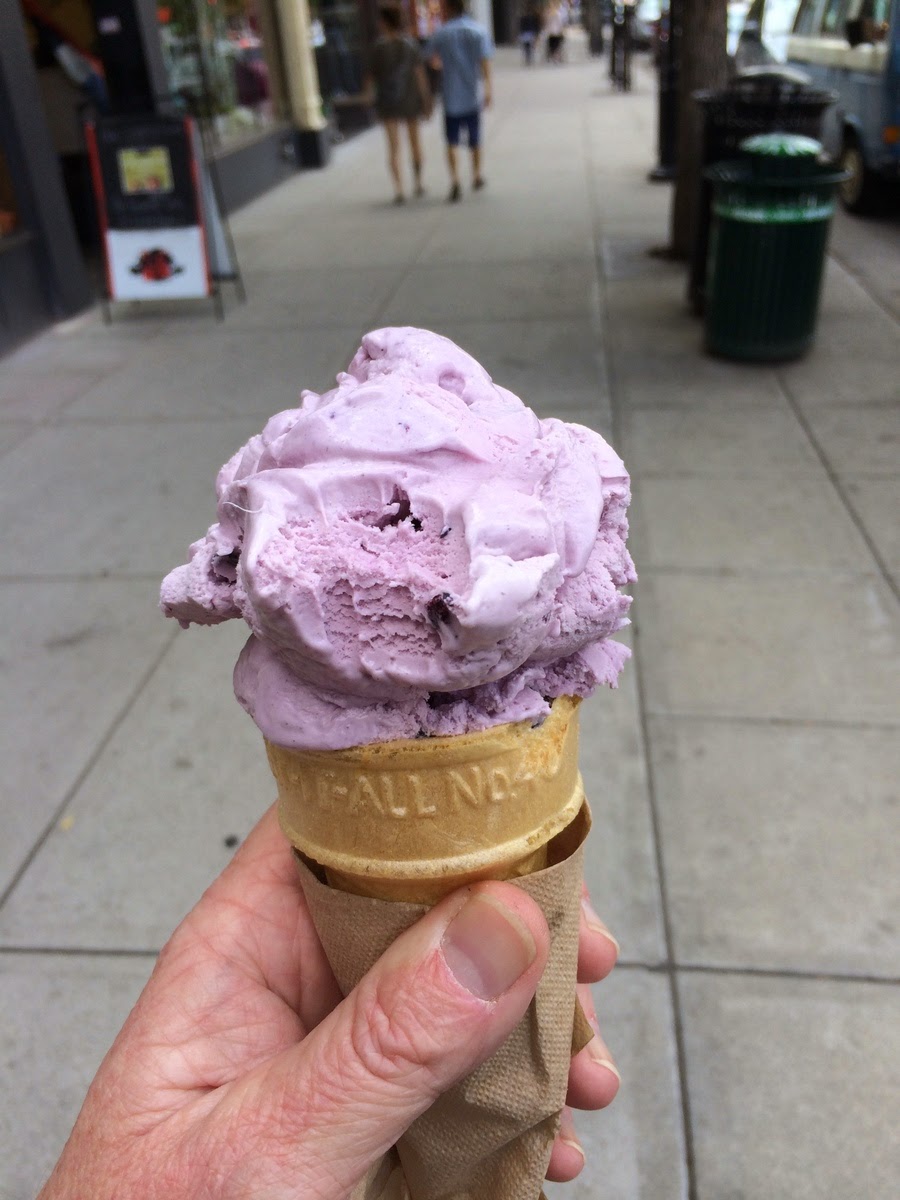 A selfie taken by a Huckleberry ice cream 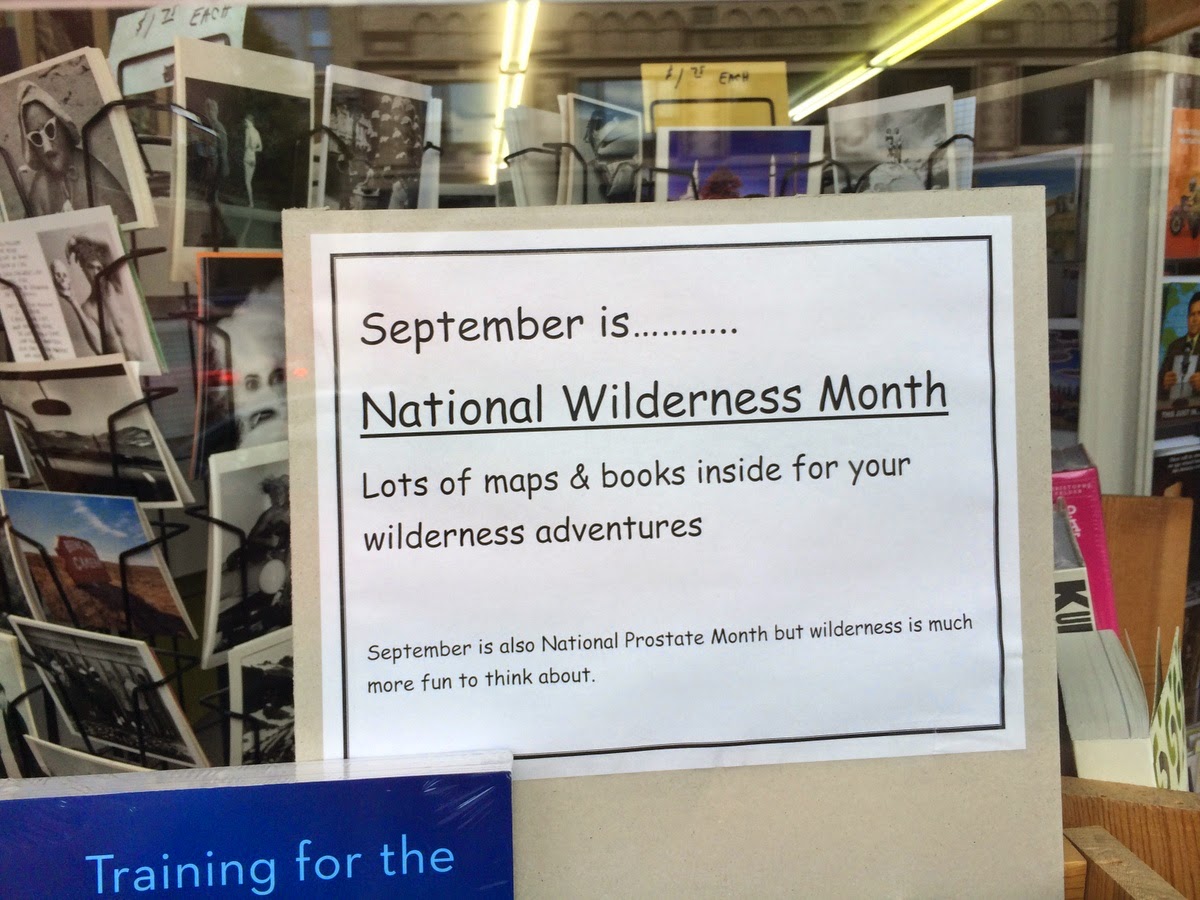 And it was to the Emerson Gallery that we returned for dinner in the evening – which turned out to be a good idea, with a very homespun, convivial and uncommercial atmosphere.  The only trouble was, we all ordered pizzas, not realising they only had a small oven, so for some of us this meant quite a wait.  But Andy was on form, telling jokes that were even older and less funny than Chuck Broughton’s.  Some were so not funny, they were hilarious.  But you had to be there.

That was the last rest day.  Only five more days (and almost 300 miles) to go.  Tomorrow we cycle SW to Ennis, Montana, prior to our last ‘circuit’ through Yellowstone National Park.  I hope you’re enjoying this – feel free to join the blog site (have a look in the left hand column somewhere), share with others, or leave a comment.  (All comments are moderated so it may take a day or so for them to appear).  Thanks for reading!
Posted by Bill Honeywell at 08:54