If you were expecting a report of a day of thrills and spills on the bike, tales of ‘derring-do’ battling it out with elks and bison and moose and beavers and...   then I’m afraid you’ll have to wait just one more day.  The last episode ended with us newly arrived and sleeping soundly in the Rawhide Motel, Jackson Hole, Wyoming.  Today is about Sunday, 7 September, as we prepare ourselves for the challenges ahead.

And the first thing we need to do is get those bikes out of the bags and reassembled, right?  Wrong!  The first thing to do is get an American Breakfast, and where better than Bubba’s, just down the road from the motel.  We all walked down there to receive a very warm welcome, lots of iced water (everywhere you go to eat, breakfast, lunch, dinner, the first thing you get is a big glass of iced water, no charge) – then study the menu.  I decided to go for pancakes (drop scones, the size of a large plate) with banana, blueberries and strawberries.  Meanwhile those fancying a cooked breakfast were given a crash course in fried eggs from Kathryn – over-easy, over-medium, sunny side up, etc etc. 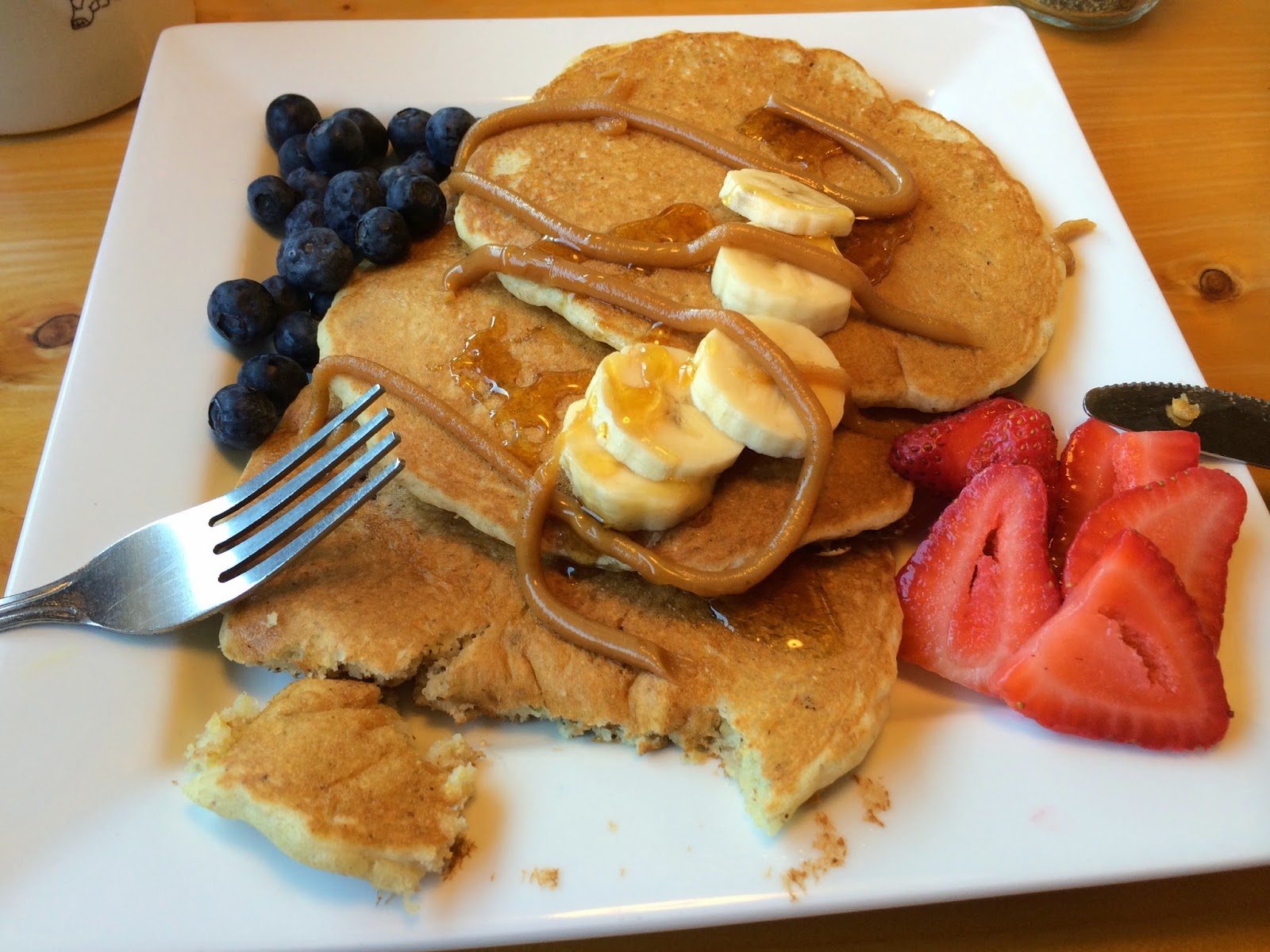 Hash browns are a big favourite too, and French toast – everywhere has French toast, i.e. bread soaked in egg and toasted.  Amazingly, it tastes fantastic with strawberry jam.  Sorry, I mean strawberry jelly.  We really are two countries divided by a common language, as George Bernard Shaw once famously commented.  Did I mention the coffee?  As much as you can drink.  Not strong, as in much of Europe, but OK for me. 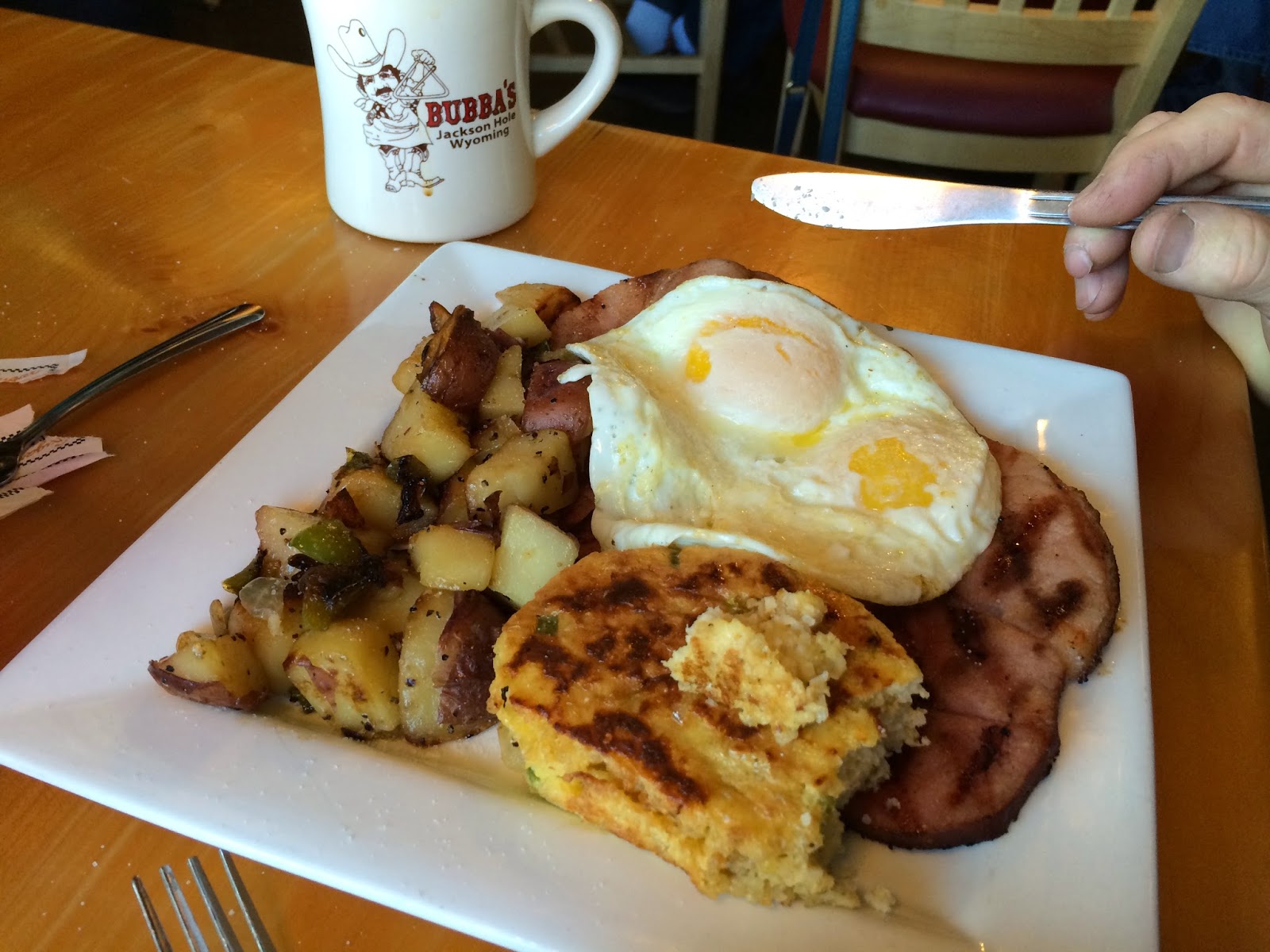 As we left Bubba’s we spotted, just down the road, an Outdoor and BIKE shop!  So in we all went.  Some good offers on gloves (but I’d brought three pairs) and all kinds of things, including BEAR SPRAY.  Bear Spray?!  I decided against investing in this type of protection on the basis that they were about the size of a medium fire extinguisher; if I was carrying one i’d jinx any chance of seeing a bear; and by the time I’d got to the thing out of my panniers I’d be dead anyway.  I kept telling myself that all I needed to do was pedal faster than the slowest person in the group.  I did however spend at least $2 on a puncture repair outfit.  Last of the big spenders.

Meanwhile, Richard was making a slightly bigger purchase involving a credit card, and discovered that, along with most US shops, they don’t have a chip & pin facility – the customer still has to sign a paper chit.  He commented on this, telling the girl at the till that things in the UK were much more advanced, to which she said “Well maybe we’ll catch you up one day,” and Richard replied “You’ll never catch us up – you’ll always be at least 7 hours behind!”
Most of the rest of the morning was taken up with rebuilding the bikes.  Mine went pretty smoothly although I should have taken with me all the tools I’d used to disassemble it, as I found  that some of the allen keys in my multi-tool wouldn’t fit into the space available.  At least no-one’s bike had been damaged.  A quick whizz around the car park confirmed that everything was in order.  Richard was dismayed when he couldn’t find his pedals, until he finally looked at the cranks and realised he’d forgotten to take them off in the first place.

Also in the car park, and elsewhere in town, were lots of lean-looking road bikers who had done the LoToJa Classic the previous day – 206 miles from Logan, Utah, to Jackson.  Whenever I asked any of them how they’d done, I always got the same reply – “Yep, I done good”, without every finding out any more details.  206 miles is quite a distance for one day, although the 10,000 ft of ascent isn’t too monstrous.   I should have invited some of them over to Lancashire for the Bowland Badass, which at 167 miles and 18,500 ft of ascent is pretty damn tough!

I won’t bore you too much with the afternoon.  Basically we wandered around Jackson, which has a lot of shops selling art, jewellery, leather goods, general souvenirs and gifts.  On the town square, which has an archway on each of four corners made entirely of Elk antlers (at any point in time there is always someone being photographed underneath one of them), there was a bit of a gala going on, which included a few stalls run by local Rotarians.  Their membership numbers are impressive – over 200 from a population of 10,000, in three clubs – breakfast, lunch and supper.  Richard and I chatted to a few, especially those in the wine-tasting section! 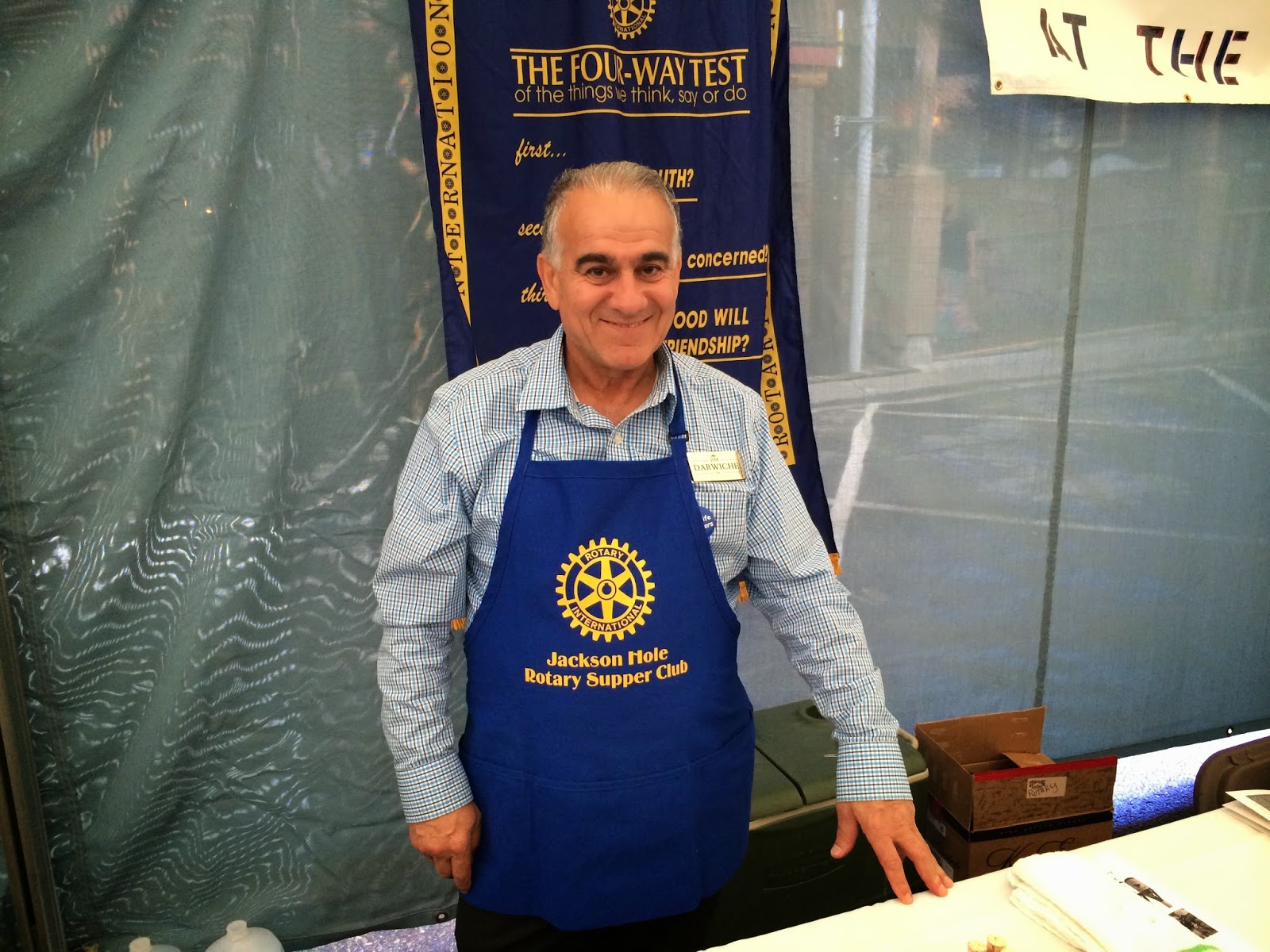 Last year Jackson Hole was ranked NUMBER ONE in North America for overall satisfaction, character, variety and challenge.  Apparently it also has the highest per capita income of anywhere in the USA.  That probably explains why there were so many private jets at the airport, but I'm not sure how to explain this interesting fence! 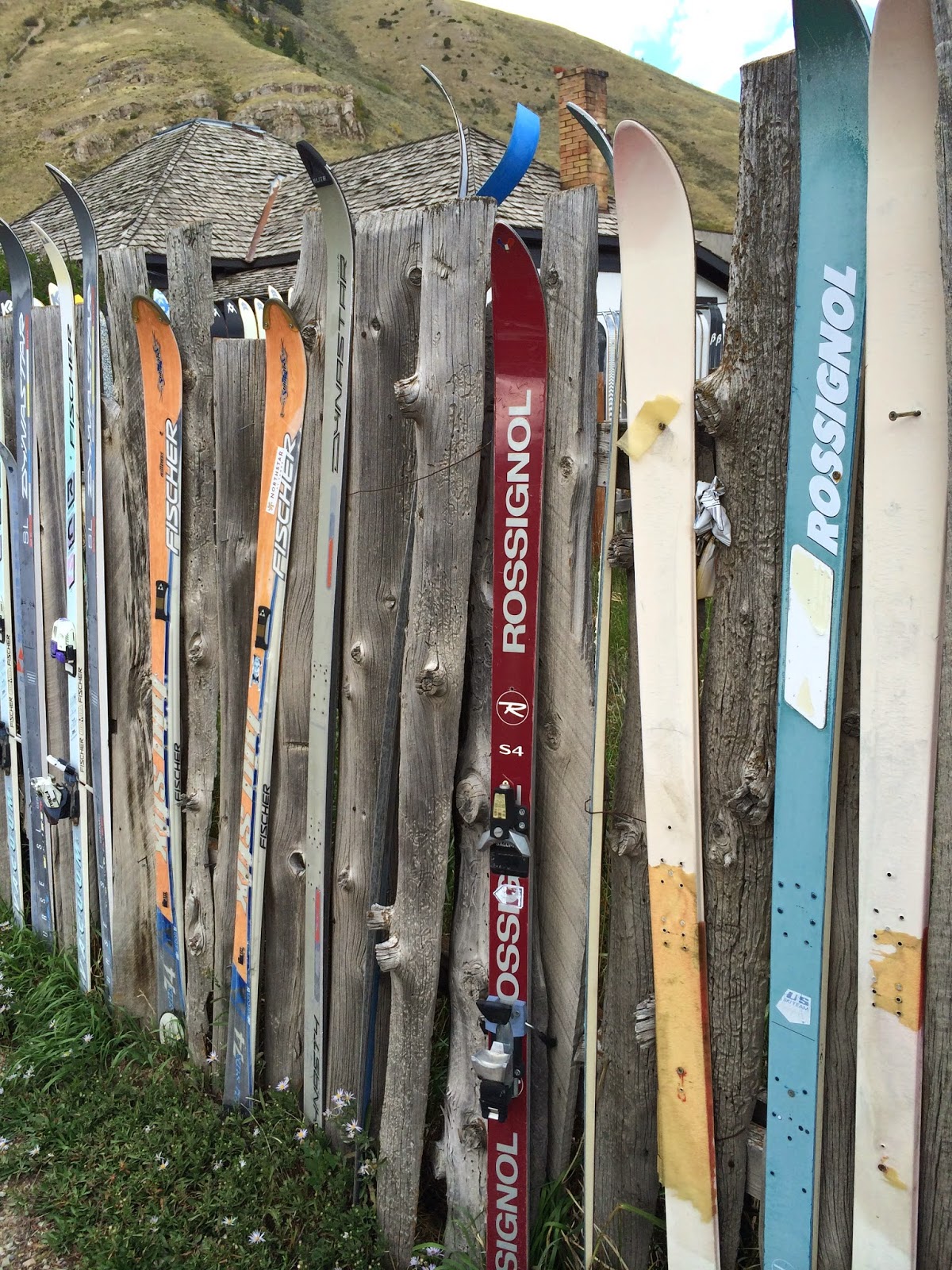 A heavy shower lasted from late afternoon until early evening, making me wonder what kind of weather we were going to get.  We had an evening meal as one party at the Snake River Brewery, then retired to bed (some still a little jet-lagged) so as to have a good rest before our first day’s cycling.

Yes folks, the next post will be about cycling!! Jackson to Colter Bay, and then the problem we faced when we got there (you’ll have to wait to find out what the problem was.  Take my word for now, it was as unwelcome as it was tricksy...
Posted by Bill Honeywell at 17:19