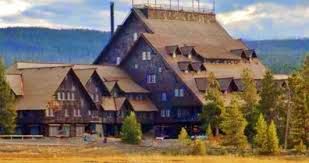 So what happened when we arrived at the Old Faithful Inn? – Incidentally, the world’s largest timber building, it was designed by Seattle architect Robert C Reamer and built in 1904.  The lobby rises seven storeys, with log beams everywhere and a huge central fireplace built of rhyolite rock (the material of the Yellowstone caldera) and weighing some 500 tons.  It’s an impressive place. 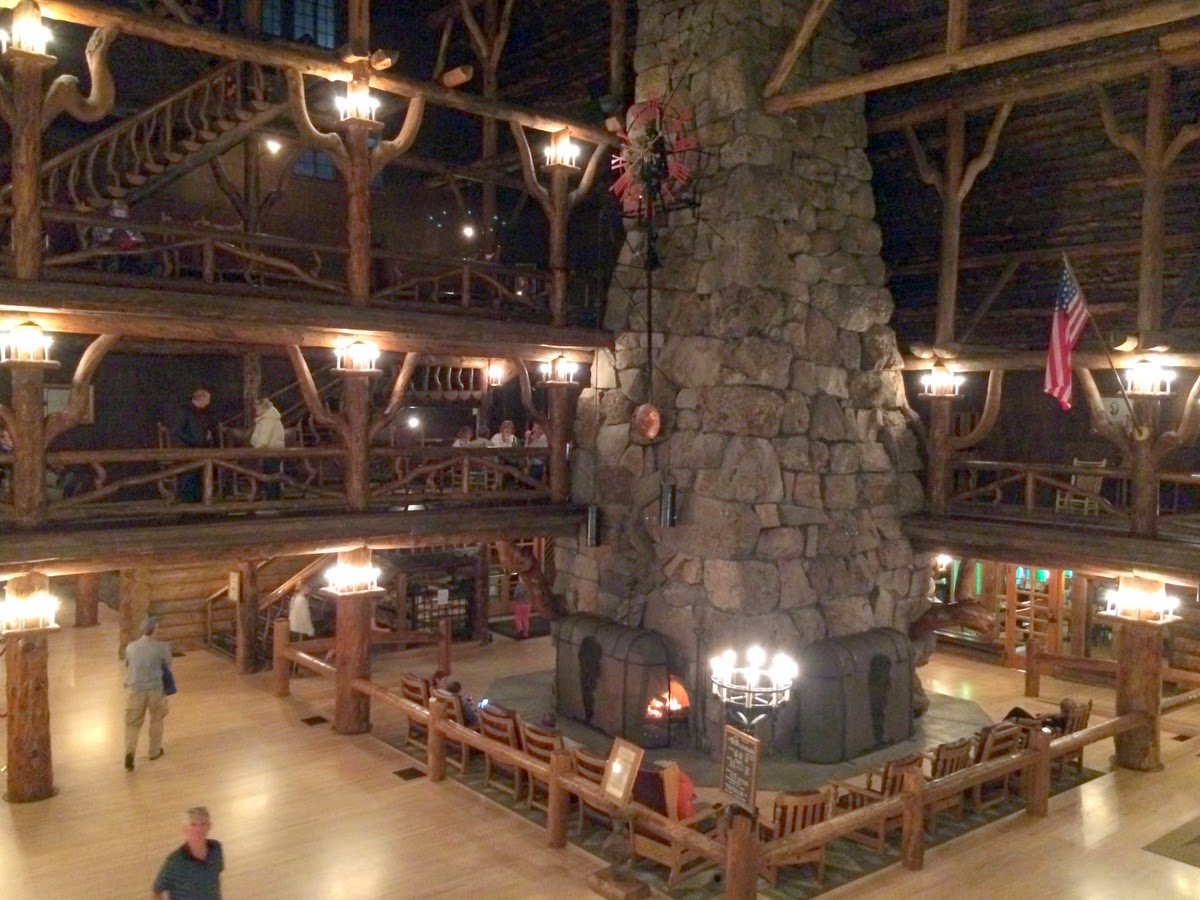 However, we weren’t so impressed when we arrived at our room and found just one – one – double bed.  I looked everywhere, even under the bed, but there were no more beds.  It soon became clear that the rest of the group were in the same predicament.  Richard was not at all happy, as he had made it crystal clear when booking that we were to have separate beds, and although I don’t mind sharing a room, I do draw the line at anything more intimate!

So down to Reception (sorry, that should be the Lobby) we went.  We pointed out to the lady at the desk that whilst we were all married, we weren’t married to each other (with the exception of Tony and Debora!)   She seemed genuinely concerned but said they were fully booked and there wasn’t a spare bedroom anywhere in the entire huge building.  She went to speak to the manager, and for a while we waited by the reception desk while they both spoke in hushed tones in a nearby huddle.  Eventually the manager returned to say he was still trying to calm down and had no idea how the situation had occurred.  We politely pointed out that we weren’t particularly interested in either of these two topics, but would rather he concentrated on sorting the problem out.

After some head-scratching he mentioned that one of their client tour firms owned a number of folding beds which they kept on the premises – but they didn’t belong to the hotel.  We suggested he ring and ask permission to use them.  This seemed to do the trick, as he came back a few minutes later with a happier expression and a promise to have the beds taken up to our rooms whilst we had dinner.  We tossed a nickel to decide who would sleep on the folding bed in our room and as usual I lost!

The Old Faithful Inn is only 100 yards from the geyser of the same name, which erupts roughly every 90 minutes.  There’s a noticeboard in the hotel lobby giving the forecast time of the next eruption.  If you’ve heard it said that you can set your watch by the time it ‘blows’ then you may have been somewhat misled, as you’ll learn when I post the next blog! 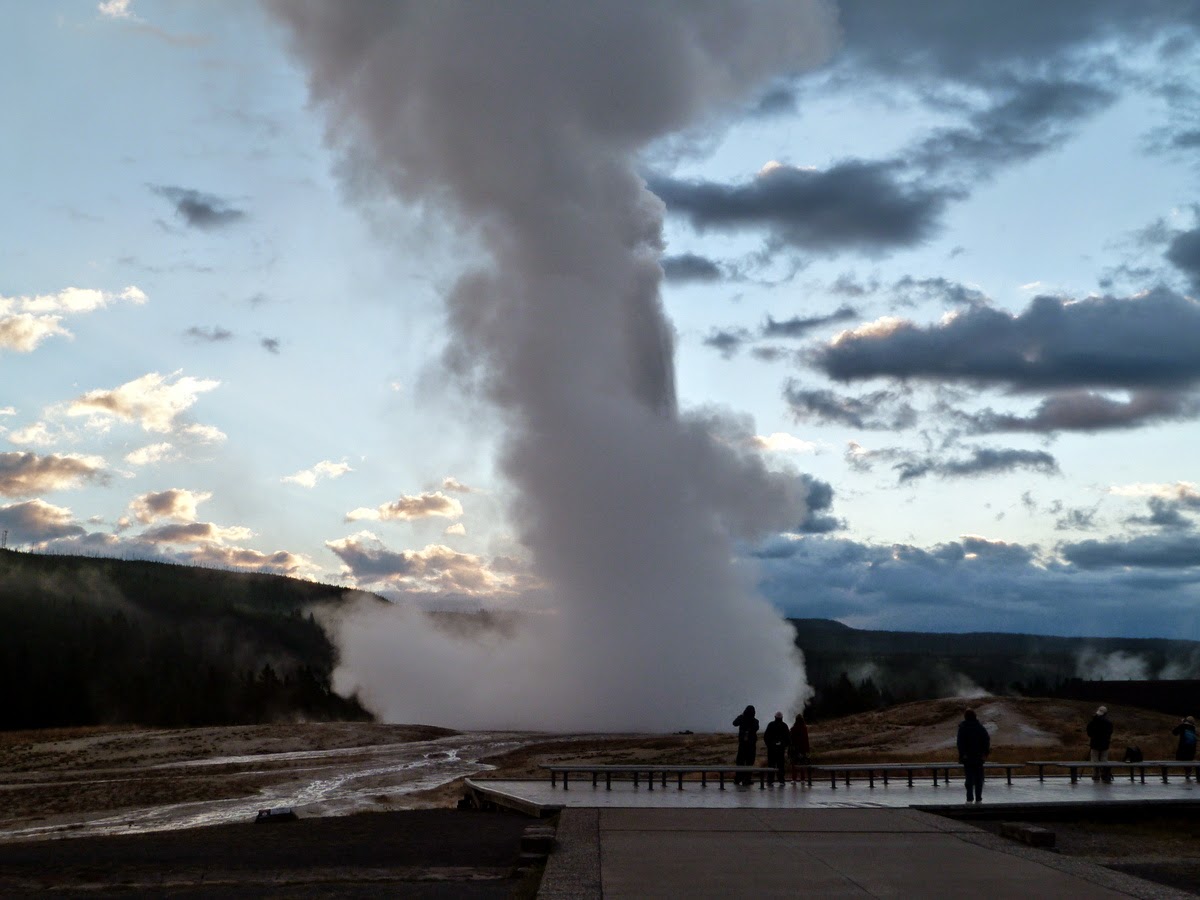