56 miles: total mileage 1,565
First of all, own up all those who didn’t spot yesterday’s deliberate mistake – yesterday was Day 22, NOT 23!  Ah well, my fault, just not paying attention I suppose. I’ve put it right now. 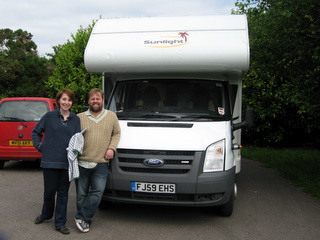 Today was the last day with son Mark and daughter-in-law Sandra crewing the van, and Mick Bryan as companion rider.  Not a very long day at a planned 57 miles, but it’s quite helpful finishing early when there’s a change of crew. The weather forecast was for cold and cloudy, and that’s how the day dawned. 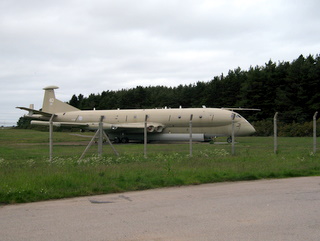 Our SatNav problem didn’t repeat itself, so we quickly set off, past RAF Kinloss where there is a superb Nimrod at the entrance. With only a light wind we managed a good pace, soon reaching Lossiemouth, where there is another RAF base: a Sea King helicopter was circling the town just to prove it. 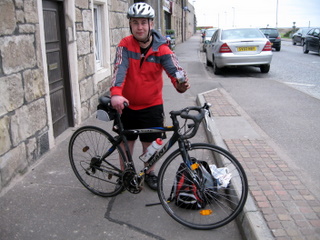 We found a cyclist who seemed to be in trouble, and when we stopped discovered that his chain had come off and seemed to have become hopelessly entangled around the bottom bracket. Mick and I (mainly Mick) soon got to work and freed it, then found that three of the links were bent out of shape, so we removed them and rejoined the ends of the chain with a snap-link.  Michael, the unfortunate cyclist, was very grateful and gave us a tenner for Cancer Research UK, which was very kind. 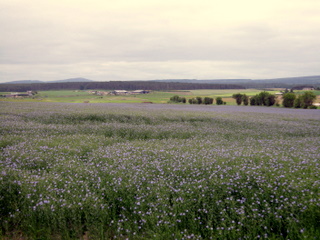 It was further than we expected to Garmouth, our first planned stop. We cycled through more arable land – mainly wheat but with a field of lavender too.  In a small stretch of woodland a Buzzard took flight barely fifteen feet from me. 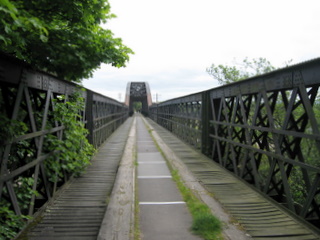 With no sign of the motorhome where we expected it on the far side of Garmouth, we doubled back and found that Mark and Sandra had had a slight ‘wrongslot’, parking on the wrong road.  But this turned out to be good luck as we discovered that NCN 1 (National Cycle Network) ran from here over a disused railway bridge towards Buckie, where we were headed, so we took this and saved ourselves about three miles, as well as keeping closer to the coast. 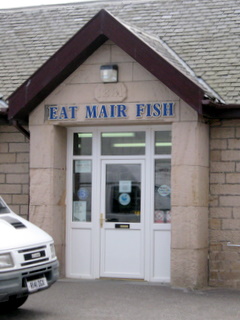 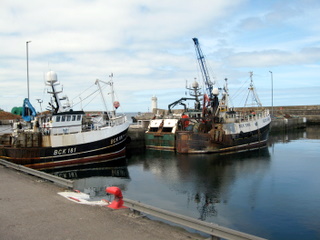 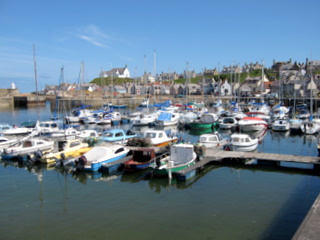 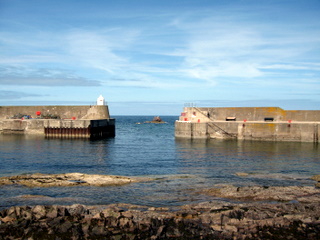 Cullen
There followed a succession of historic old fishing ports, all interesting and mainly picturesque too – Portgordon, Buckie, Findochty, Portnockie, Cullen and Portsoy – which slowed us down as we stopped to take in the scenery, but before long, and with the skies clearing, we arrived at the caravan site in Banff to find Mark and Sandra briefing new arrivals Peter & Gerry on the intricacies of the motorhome. Soon Dr Mark, spouse and Mick were on their way home and Peter & Gerry were fully at ease. 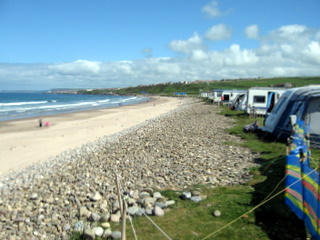 Meanwhile yours truly emptied the chemical toilet and gave it a good clean. It’s a glamorous job this long-distance cycling! 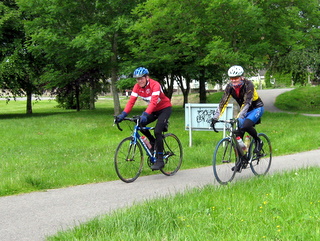