(Day off) – 30 miles, total 2,259 miles
After three fairly long days totalling 265 miles, today was always planned as a ‘day off’ with only a short mileage on those flat Lincolnshire roads.  And of course I needed some spare time to sort out all the problems I’d been having with internet access.
I couldn’t work out why I’d used so much data, but later in the day realised that I was saving all my photos on Dropbox, which is a great program for keeping things backed up and available between different computers, but… it works on-line, so when photos are involved there’s a lot of data being used.  My fault, but easy to forget these things.
First of all I went to the Haven Holiday Park reception, where I was directed to the Aqua-Bar – there is free Wi-fi there – but although I could connect, I couldn’t view anything at all.  So back to the van where we decided that a new dongle would have to be bought – off to the Tesco Superstore in Cleethorpes by a somewhat circuitous route (I was only sitting in the back but I’m sure we passed the same school three times!) and eventually a T-Mobile dongle was purchased for about £20.
By now it was 10.30 so I got the bike out on the supermarket car park and set off from there for Sutton-on-Sea, having put on plenty of sun cream (which is why it turned cloudy almost as soon as I started). 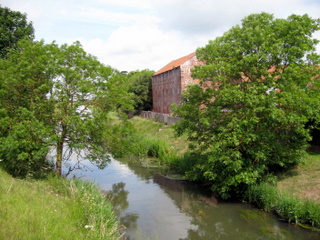 Not many photo opportunities, I must say, as the countryside is pretty flat and uninspiring, although there were a few attractive villages along the A1031.  After the world’s busiest A-road into Immingham and Grimsby yesterday, I think this is the world’s quietest A-road – it was lovely and peaceful. 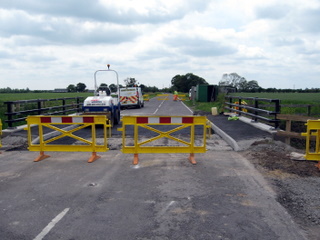 Road Closed signs were in abundance several miles from the bridge where repairs were underway, at the tongue-twisting Theddlethorpe, but I decided to risk it and it was passable for bicycles anyway.  By the time I arrived at Mablethorpe I still hadn’t seen the sea, which I thought was odd, considering this is a coastal bike ride!  I had to make a detour up on to the sea wall even then, only to find that the beach was anything but crowded! 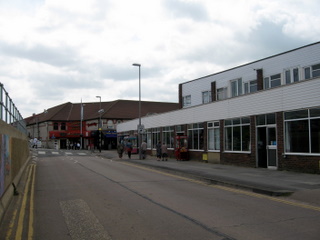 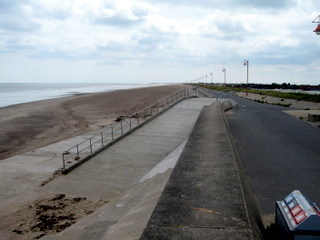 Mablethorpe was a  bit of a disappointment.  It seems pretty run down and there are boarded up hotels and other signs of decline, as well as car park attendants who appear to randomly shout at passing van drivers.  Moving on to Sutton-on-Sea involved passing more caravan parks per mile than I’ve seen anywhere else on the trip, after encountering some very healthy(?) looking Giant Hogweeds by the roadside. 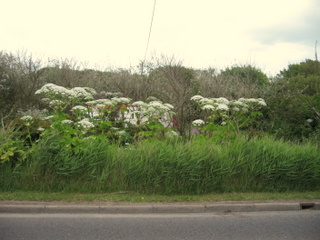 So after only just over two hours I was at the Caravan Club site at Sutton, where the warden gave a kind donation to Cancer Research and I could get on with the not-so-exciting jobs of connecting up the new dongle, servicing and cleaning the bike, and emptying the chemical toilet. Happy days!
That donation reminds me - you probably know already, but if not, I'm doing this 4,300 mile bike ride to raise funds for Cancer Research UK.  So if you can spare a few shillings, please visit the CRUK site or my JustGiving page at http://tinyurl.com/cancerbikeman or http://www.justgiving.com/Bill-Honeywell and make a donation to help the fight against cancer. Thank you!
Posted by Bill Honeywell at 21:30