75 miles; total 2,717 miles.
Last night we stayed on the Essex marshes, on Wallasea Island, which, like many such islands in this part of the world, isn’t. An island I mean.  The day dawned bright, a Cuckoo was calling, and all seemed well – which I think it was. 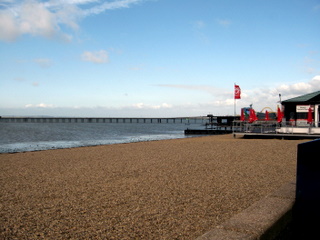 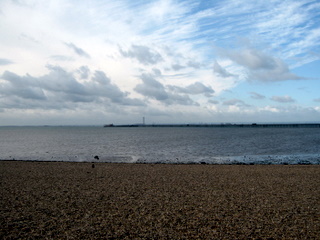 The town of Rochford leads into Southend-on-Sea, which is all office blocks, flats, and a very very long pier – I took a photo of each end but you’ll have to take my word for it that there is also a middle.  Nearby is the Kursaal, which reminded me of that group from the late 70’s – the Kursaal Flyers – and the memorable lyrics of their song which goes “Little does she know that I know that she knows that I know she’s cheating on me”. I wonder what happened to them. I know what happened to the song – it went around in my head for the rest of the day! 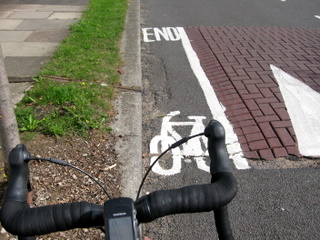 Southend also has some of the shortest cycle lanes in the world.  They are possibly shorter than a bike and almost certainly shorter than a tandem. Ridiculous.  No doubt they have all been measured and the cumulative length will have merited a government grant. Further comment is unnecessary.
As I arrived at Stanhope for the morning brew, Radio Essex rang me and I did an interview on their morning show, which seemed to go well.  Then, although approaching the capital, my route took me along narrow country lanes through farmland – and at one time past a quarry with a helluva lot of big HGV’s which were a bit intimidating. 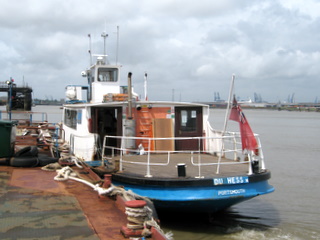 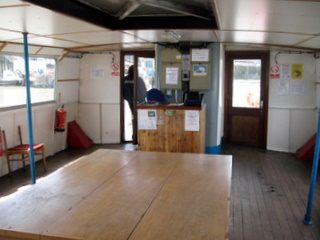 Next came the River Thames, crossed by the Tilbury Ferry, a passenger-only ferry which, on my trip, hosted exactly two passengers including me, for the princely sum of £3 per person per trip.  The other side is Gravesend which has a very pretty clock tower. 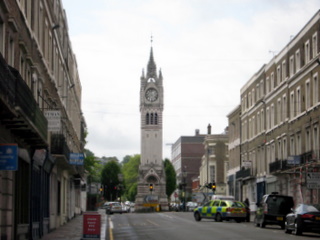 Gravesend
I hadn’t reckoned on the Chatham Tunnel – scary – and then a fairly urban section before lunch at Riverside Country Park, where Simon was apopletic because someone had stolen the sign which we use to tell me when the van is out of sight.  Later it turned out that the park warden had removed it within two minutes of Simon putting it there – talk about a jobsworth!
Having been through Fobbing earlier, I now went through Bobbing, and by now I was engulfed in a long heavy shower, which continued through Sittingbourne.  More rural lanes to Oare, and then Faversham, which is lovely and has the most remarkable church steeple of superb stone latticework. 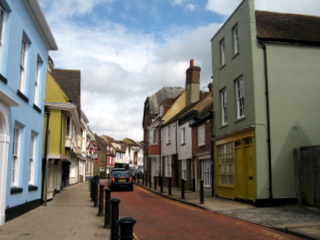 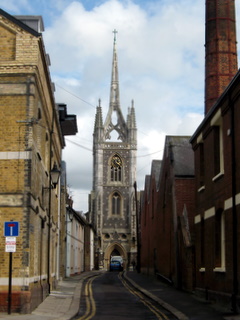 Faversham
From here the wind got behind me and I was in Whitstable in no time at all. No need to stop as I’m not partial to oysters, so it was straight on to the caravan site for the night, courtesy of Park Holidays. 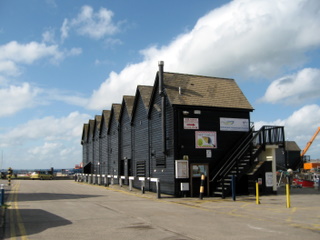 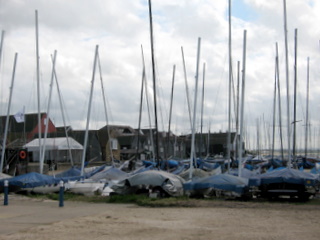 Whitstable
A good day in the saddle, feelling strong all day – let’s hope it’s the same tomorrow when I have 94 miles to do before I get to Hastings – on the south coast (hooray) after visiting the most south-easterly point in Britain, which arguably is Dungeness Point.
I hope you won’t mind a brief reminder that if you haven’t already done so, would you mind making a generous donation to Cancer Research UK by visiting http://tinyurl.com/cancerbikeman or http://www.justgiving.com/Bill-Honeywell - thank you!
Posted by Bill Honeywell at 19:27