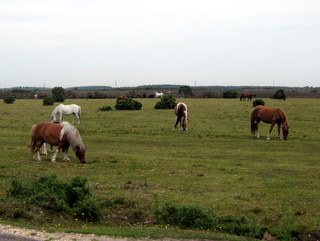 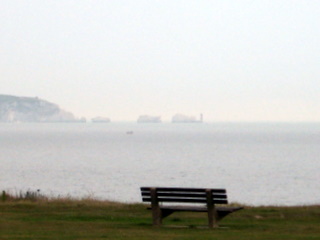 The Needles in the distance 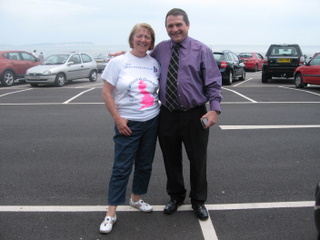 Followed by Lymington and a couple of seaside places – Milford-on-Sea and Barton-on-Sea with views of the Isle of Wight, before Highcliffe and Mudeford Quay, where we met up with Val’s cousin John and family. 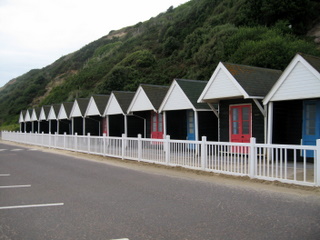 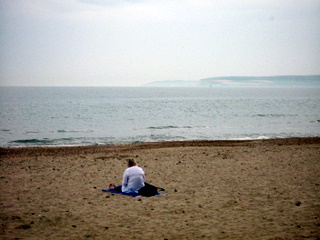 The loneliness of the long-distance sunbather
John promised me I’d have a pleasant cycle through Christchurch and Bournemouth, but I’m not sure – old Christchurch was fine but the seafront at Bournemouth was a nightmare of thousands of people walking about apparently aimlessly and making cycling a near-impossibility.  Soon I was at that most expensive stretch of real estate, Sandbanks, sticking out into the entrance to Poole Harbour and leading to the chain-driven ferry across to the ‘Isle’ of Purbeck. 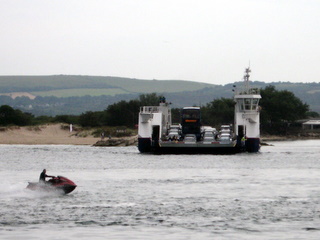 Now this is some ferry – it takes double decker buses!  On the other side all is heathland for a while before reaching Swanage – another seaside town – from where the road heads relentlessy uphill through Langton Matravers, over a steam railway with proper old-fashioned railway engines, up into rolling countryside before the drop down to Haycrafts Caravan Club Site. 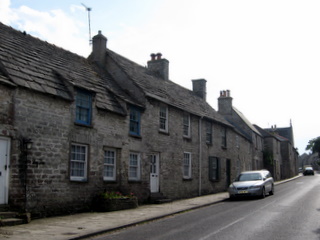 Val and Alan had arrived somewhat stressed out after the SatNav had taken them down some narrow roads that were virtually impassable.  They weren’t impressed by my advice – after the event – to ignore the SatNav and rely on (a) the map and (b) the Caravan Club directions.
I think I’ve passed through the busiest part of the south coast now.  It’s been interesting, but I can’t say I’ll be sad to leave it behind. Since Broadstairs it’s been a busy stretch of coastline, fully developed and very congested.  There are population pressures in this part of the world, I know, but – despite having many spectacular natural features – it’s not the prettiest part of Britain’s coast, at least not in my opinion.
Some nice parts of Dorset to come now, then Devon and Cornwall so a great deal of hilly terrain too. We’ll soon see if all those miles – over 3,000 now, since 10 May - have made me fitter or just worn out!
Posted by Bill Honeywell at 22:00